After a record-breaking Magisk Halloween in October, the Danish amusement park Djurs Sommerland has set another annual attendance record. The park in Nimtofte near Aarhus hosted 817,952 visits in 2018 – over 9,000 more than last year.

There were 96,000 guests alone for the Halloween celebrations alone, which ran from October 13 to 21 and brought the season to a close. During the frightful festivities, over 25,000 pumpkins, witches and skeletons filled the park as brave guests were invited to step into two haunted houses.

Over the last decade the park has in fact seen visitor numbers double. “Since 2008 Djurs Sommerland has invested more than €55 million in continuous product development and new themed rides and attractions,” notes CEO Henrik B Nielsen.

The latest attractions to open, for example, where the Safaribussen and Jungle Rally this season and, in 2017, the €12m DrageKongen. “Investments like these,” adds Nielsen, “along with rollercoasters like Piraten, Juvelen and Skatteøen – which stand out when it comes to their size, quality and unique features – have a positive influence on the desire to visit Djurs Sommerland.” Continuous product development is important if the park is to stay ahead, adds Nielsen. Next May it will open Tigeren, Denmark’s biggest Gyro Swing. The Intamin ride will stand 45m tall and reach a top speed of 100km/h – making it Djurs Sommerland’s tallest and fastest attraction. 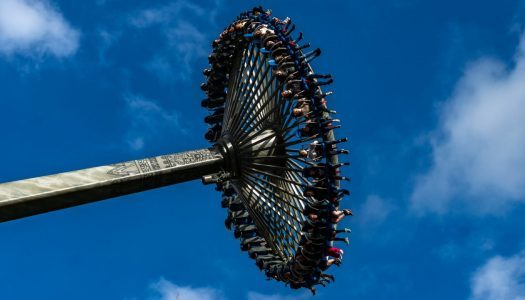