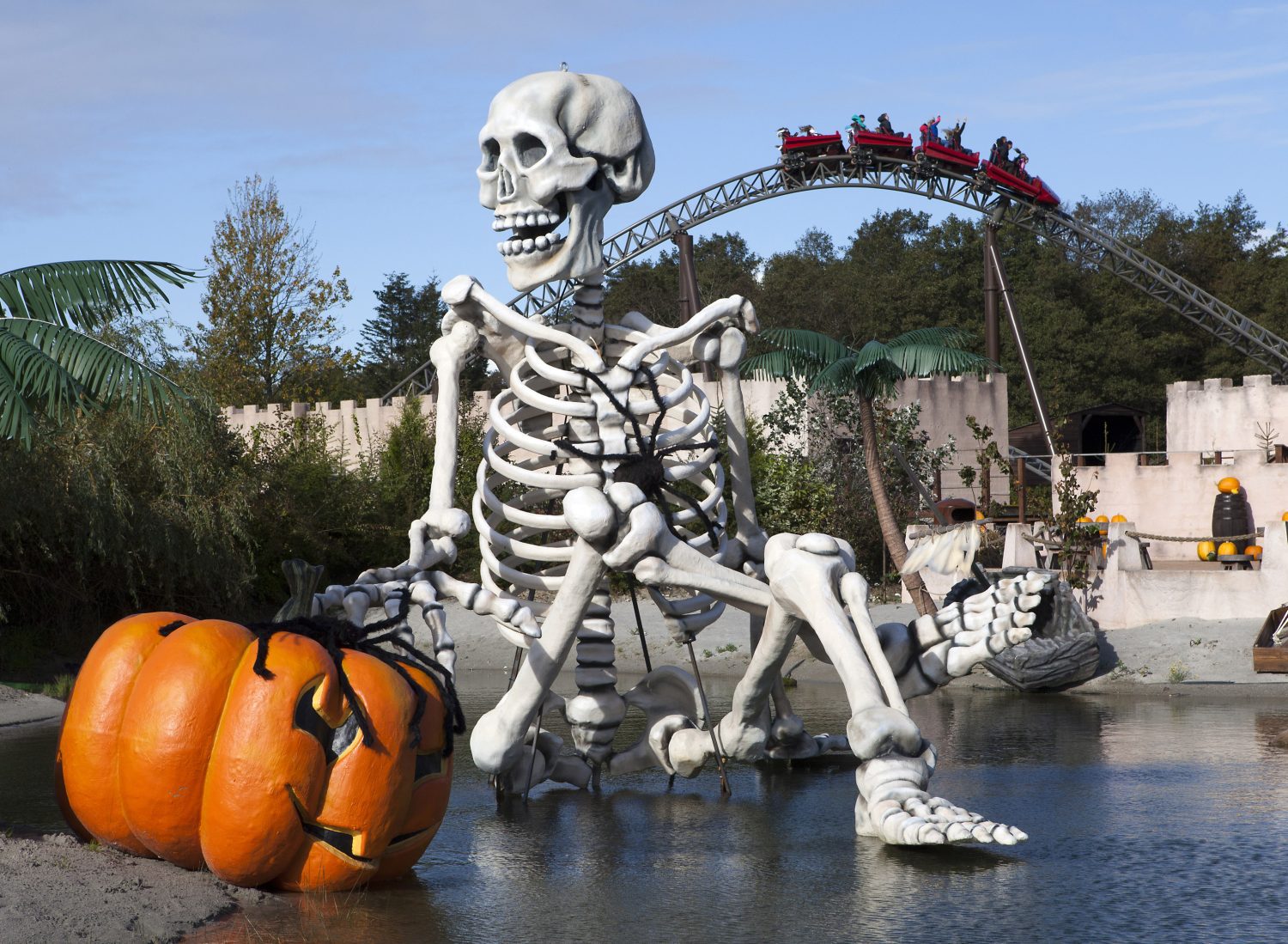 DJURS Sommerland was established in 1981 by Ole B. Nielsen and Børge Godsk Jensen who had envisioned creating an activity park in Denmark’s Djursland in East Jutland.

Today the venue is Scandinavia’s largest summer land and an amusement park of international standing and recognition.

At the time of its opening, the concept of a summer land was far from established among the Danish population but the two founders sensed that something was going to happen and that this situation would change as Danes were increasingly demanding a wider selection of holiday and leisure activities.

At the same time, East Jutland was experiencing an increase in the number of tourists coming to the area, but these visitors lacked an option for something to do on days when the weather was not good enough for spending time at the beach – a place where the entire family could enjoy fun experiences.

Nielsen and Jensen therefore began their search for a suitable piece of land on which to create an activity park. Their dream was a place in the southern part of Djursland but unfortunately this wasn’t feasible. As a result, the choice fell to the area of Nimtofte in the centre of Djursland, the location chosen turning out to fit perfectly with Djurs Sommerland’s future development, with its focus on new rides and expansion. At this time the park covered approximately 20 acres, of which five were used for parking. Today the total area covered has more than doubled to approximately 45 acres.

And in their first year the partners’ greatest expectations were exceeded when they attracted 100,000 to their park during the season.

“The interest was overwhelming,” explains managing director, Henrik B. Nielsen. “At the time the concept of entertainment by keeping active was a ground-breaking idea. Activities such as archery, rowing in small boats and obstacle courses characterised the offer. In popular terms – no pain, no gain. This was the driving concept for Djurs Sommerland throughout the 1980s.”

As additional attractions were added over the years, one major development was the opening in 1985 of Vandaland, an aqua park which today offers guests a host of waterslides and attractions, including some of the latest available, in addition to various F&B outlets. It was the first such park in the country.

“Previously we had one single mechanical ride, but from the start of the 1990s, there was a clear expectation of more, larger and slicker rides,” says Nielsen. “The concept of what a summer land should provide became wider. A new experience dimension was added.” 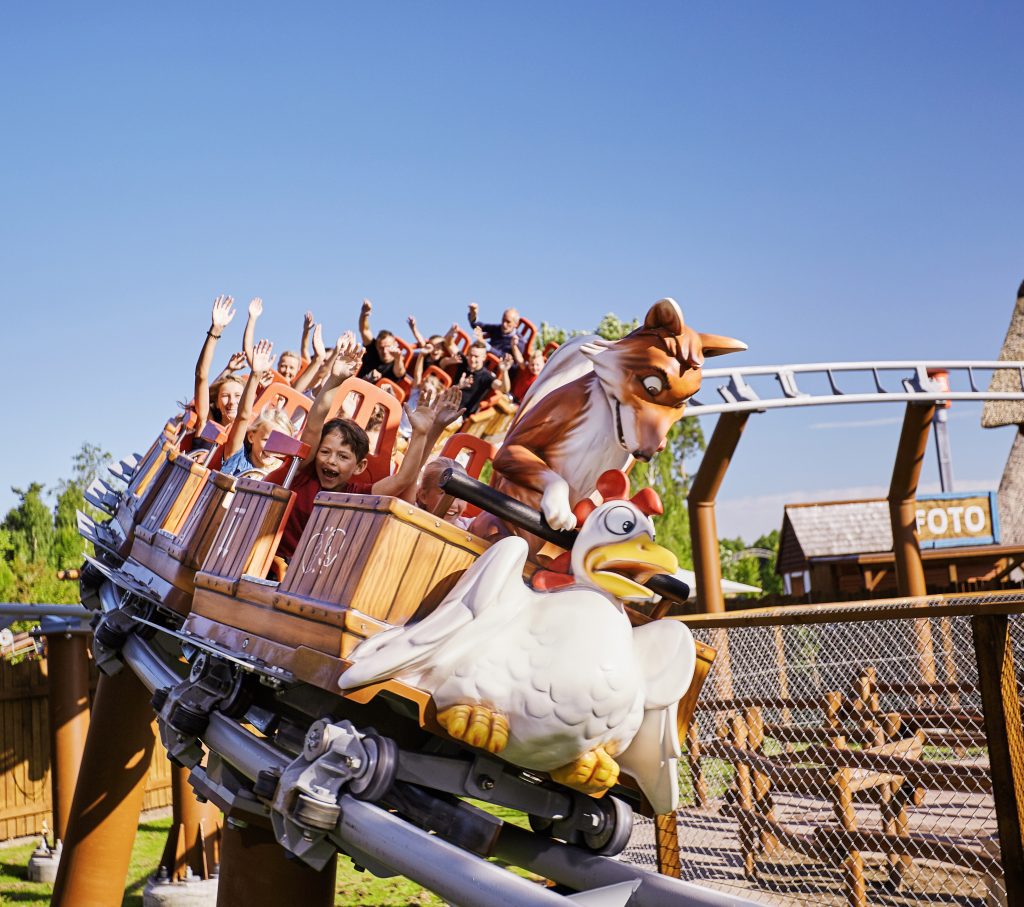 As a result, the Colorado River log flume opened in 1991, this now being part of Wild Asia which opened as the park’s newest themed area in 2019. Afrikaland opened in 1993 and today features attractions such as the Kannibal Gryderne and Abekatten family round rides and the Junglesti and Mini Junglesti, both jungle themed obstacle courses for different age groups.

The Rio Grande Rafting was added in 1998, this subsequently becoming part of the Westernland themed area which made its debut in 2007 and now also includes the Wild West Karrusellen, Buffalo themed bumper cars and mini bumper cars, a playground and the Pony Expressen ride. 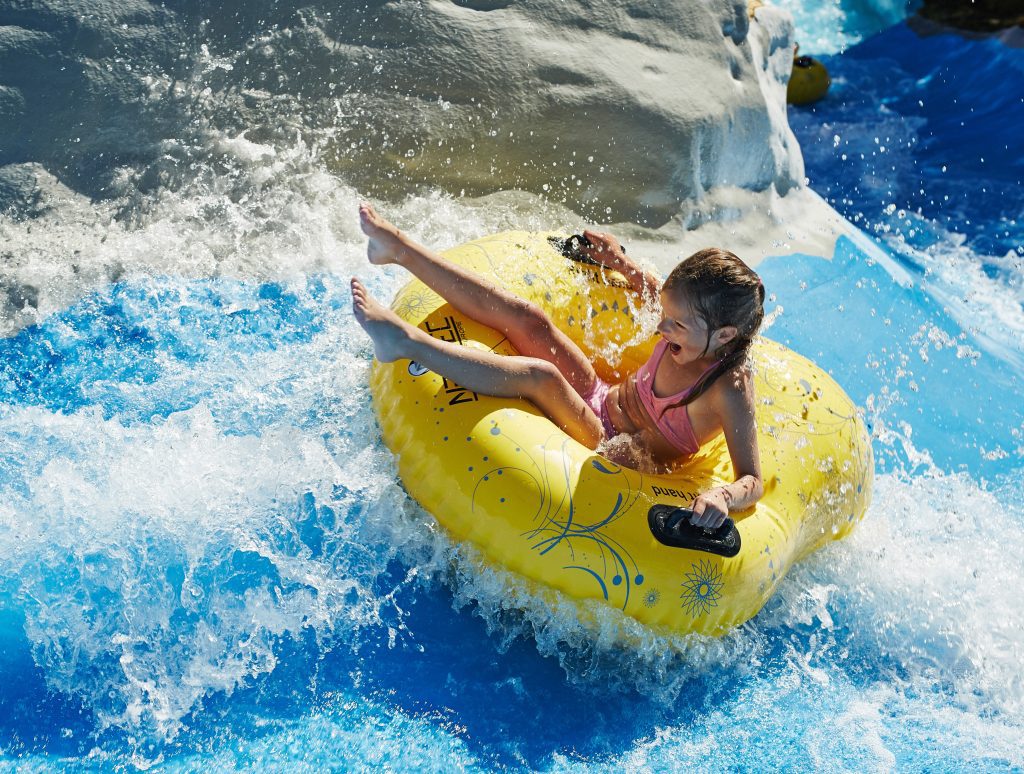 The 1990s were also the decade in which the brothers Henrik B. Nielsen and Michael B. Nielsen took over the helm of the park from their father, Ole B. Nielsen, and since then the amusement park has gone from strength to strength. Djurs Sommerland was constantly extended throughout the 1990s and 2000s with more and more rides, while at the same time the park has carried out specific work to give the rides an extra dimension.

“In addition to keeping our finger on the pulse and understanding the public’s expectations, it has been important for us not just to set up a new, large ride but also to include it within a larger story. We would like to give guests an experience in addition to just butterflies,” explains Henrik B. Nielsen. The result of this way of thinking has been the division of the park into the current nine different themed areas, each with their own consistent appearance. 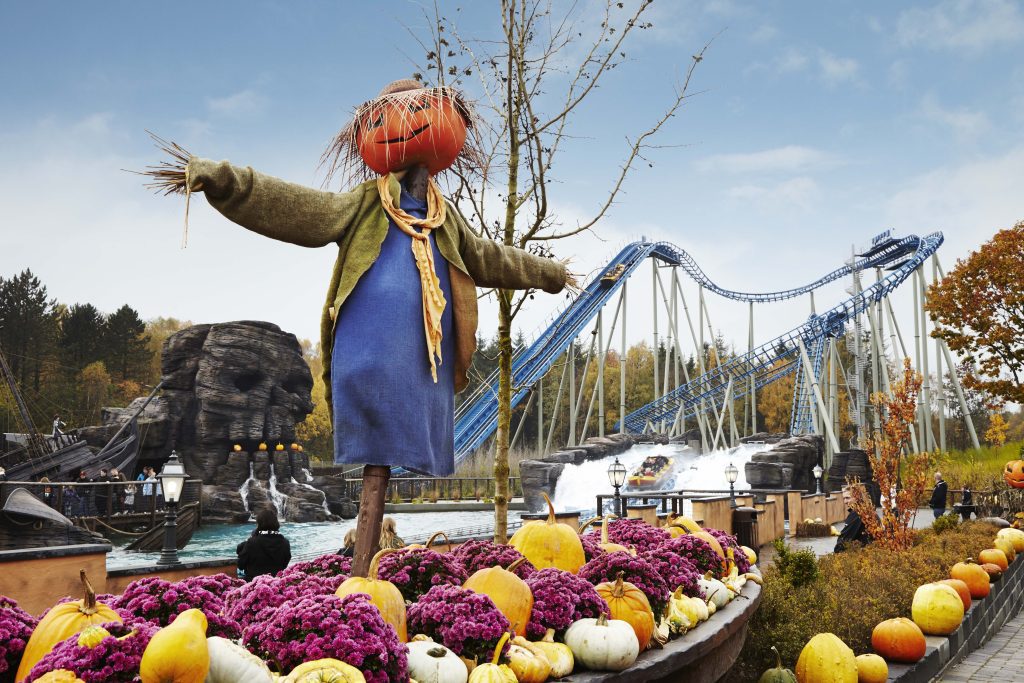 2002 saw the addition of Thors Hammer, a Viking themed family roller coaster from Gerstlauer, the park’s first large coaster attraction, while in 2004 the Speedy Gonzales waterslide attraction, in which two passengers race down waterslides together in rafts, was added. Two years later, a Huss Topple Tower named Ørnen was added, this being closed in 2018.

Denmark’s largest coaster, Piraten, opened at the park in 2008 as part of the newly created Piratenland which debuted in the same year and now features attractions such as Skatteøen, northern Europe’s largest water coaster which opened in 2011 when the area was doubled in size, the Piratfisken flume ride, the Søulken round ride, the Sablen tower ride and the Det Skøre Kompas swinging pirate ship. 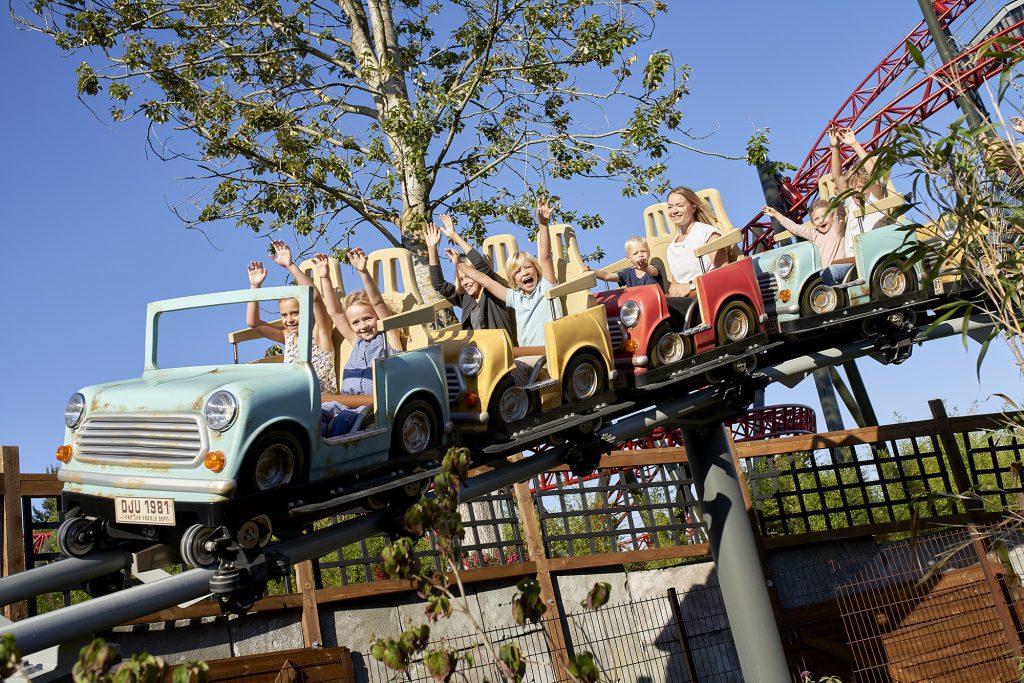 2015 saw the opening of the Bondegådsland area with 10 new rides aimed at younger visitors and their families, while two years later another major roller coaster was added in the shape of DrageKongen from Intamin, the fastest and longest family suspended coaster in Europe with a track length of just over 2,706ft and a maximum speed of almost 53mph. 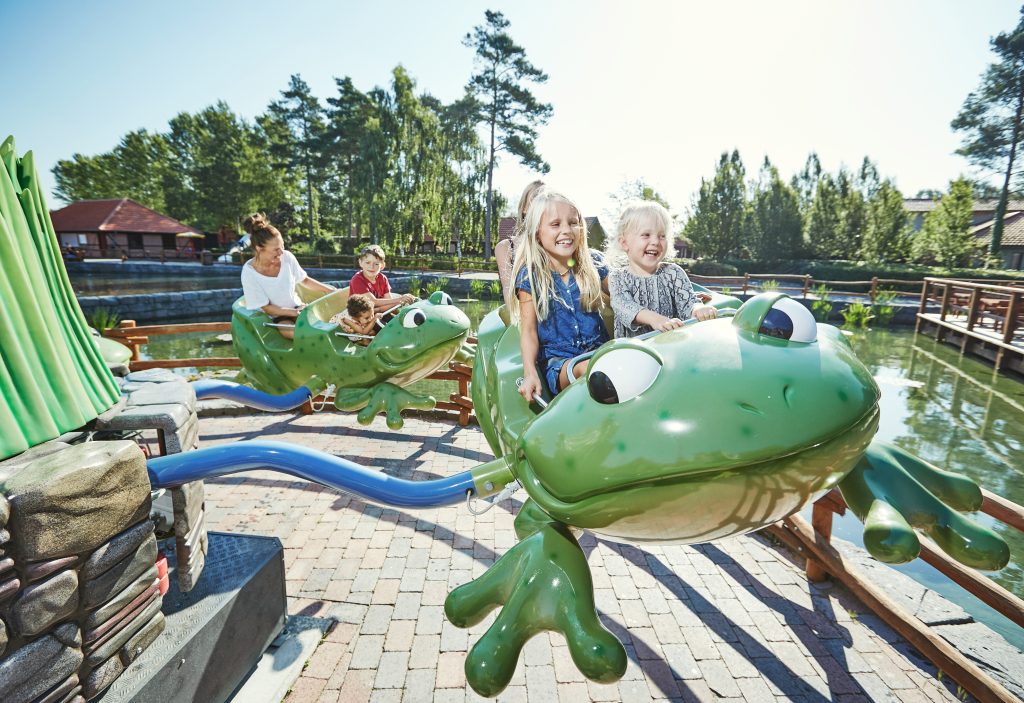 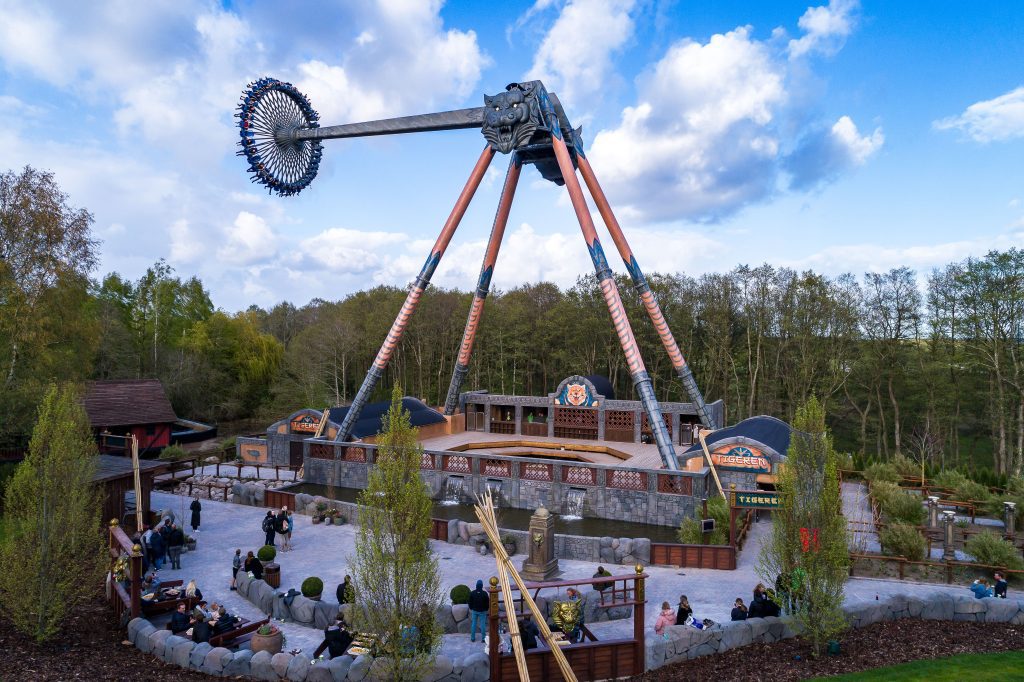 Two more family attractions made their debut in 2018 with the addition of the Safaribussen, a Crazy Bus from Zamperla, and the Jungle Rally family coaster from Zierer, while last year the park added Denmark’s largest Gyro Swing ride, from Intamin, in the shape of Tigeren in the Wild Asia area. It also became the fastest and highest ride in Djurs Sommerland’s history.

The final themed area to be mentioned is Sommerland, which incorporates a range of interactive and active attractions for young guests. Among these are the Djurs Expressen train ride, the Trampoliner, Bouncy Cushion, the Klatrebjerget climb and slide attraction, the Edderkoppe net which offers climbing, creeping and crawling fun and the soap bubbles attraction.

As well as the various rides and attractions on offer, guests can also avail themselves of the many different F&B outlets available at the park which provide a mix of culinary offerings to suit most palettes. Among these are Grillbuffet, Pizzabuffet, Joe’s Burger and Spareribs Buffet, the Pirate’s Food Market, Mr. Jackson’s Burgerhouse, Coachman’s Kebab, Don Pedros Tortillabar, the Kenya Cantine and the Pirate’s Coffee Shop, while barbecue packages are another option. Guests can also bring their own barbeque food to cook on the park’s barbeques or alternatively can bring picnics and make use of tables and benches located in the parks various “green oases.” 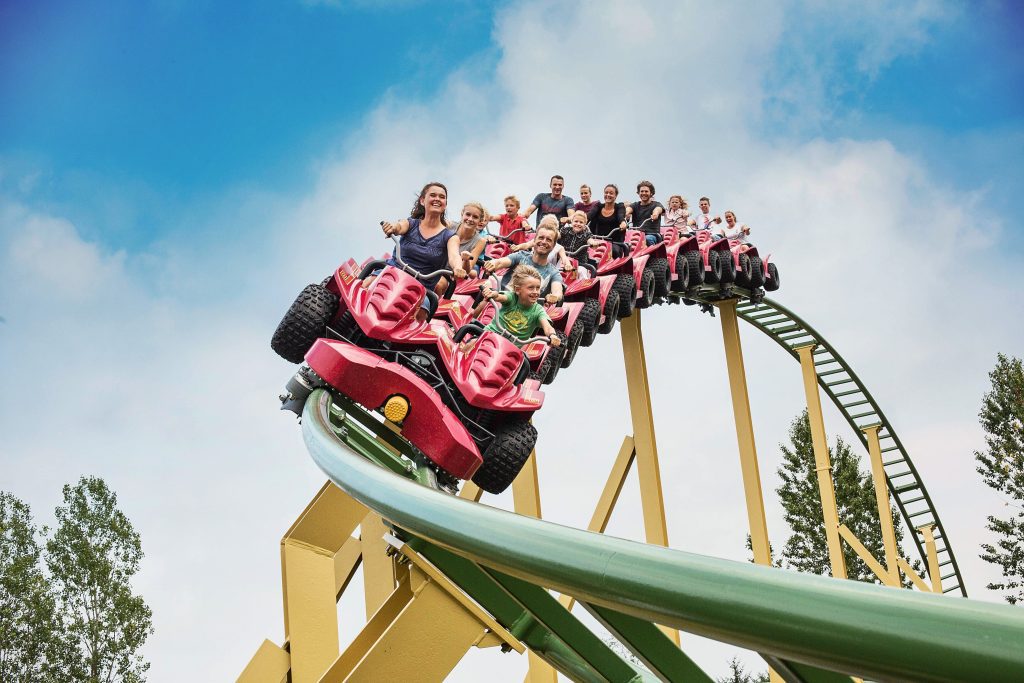 In addition to the main summer season, the park’s Magic Halloween event has grown to be a very successful “season” of the year, according to Nielson. “The entire park is heavily decorated and we do different (family) haunted houses,” he explains, adding that at the moment there are no plans to open the park for other seasons of the year, such as Christmas.

Clearly, then Djurs Sommerland has developed substantially since its early days but perhaps most notably so since 2008, from when the park moved into something of another “gear” as far as the addition of new attractions is concerned. More than €65m has been invested in new rides and improvements in the park since 2008. From that time until now it has installed a wide range of major attractions and has continued to develop with additional themed areas and other attractions more suited to families and younger guests. 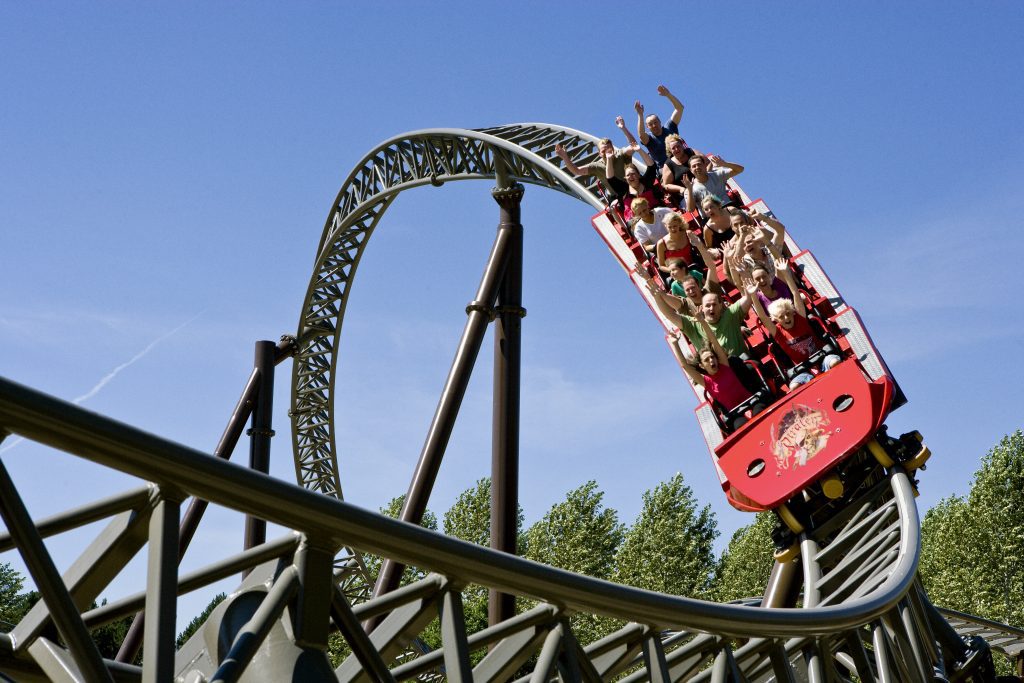 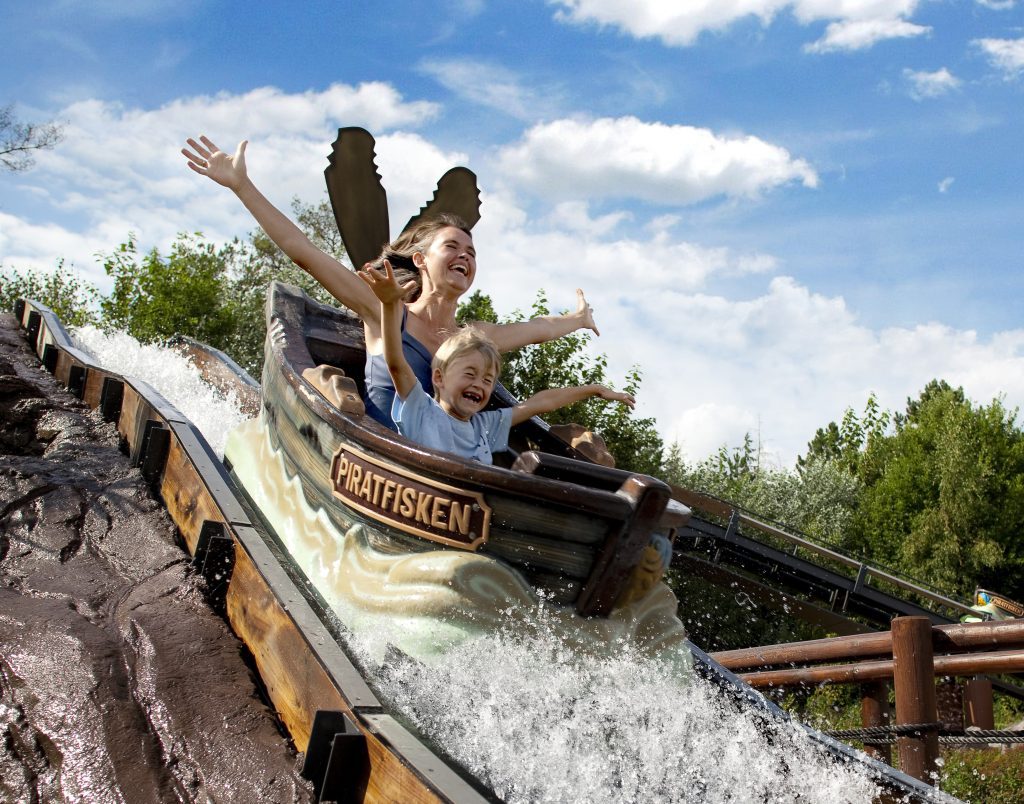 The success of this ongoing development is reflected in the park’s increasing visitor numbers which from 528,000 in 2008 have gradually gone up year by year, with the 2018 season seeing 818,000 visitors come to the park. The average length of a visit to Djurs Sommerland is 7-8 hours.

“Over the years we have seen Djurs Sommerland develop into an attraction with a national reach, but we are also seeing an increasing number of foreign tourists,” notes Nielson. “These are mainly from the Scandinavian countries, but also the Netherlands is showing growth.”

Today the park employs 50 permanent and 600 seasonal “enthusiastic colleagues” as Neilson describes his staff, the season running from the end of April/beginning of May through to the month of October.

Average length of stay is 7-8 hours 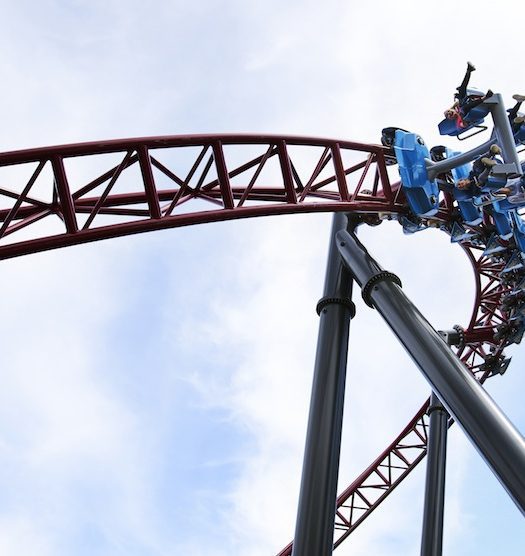 Djurs Sommerland teams up with Attractions.io to launch app for social dist... 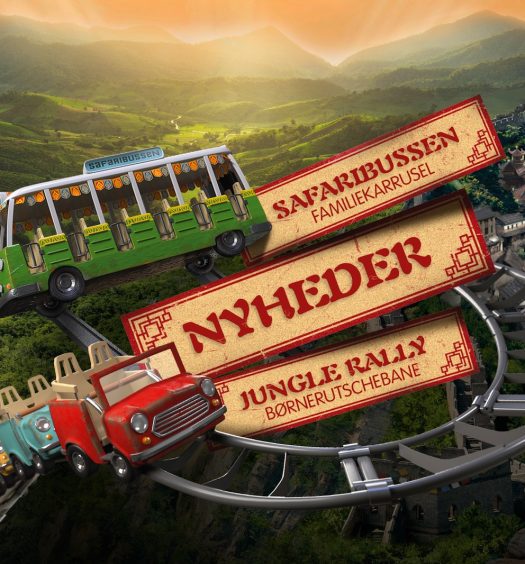