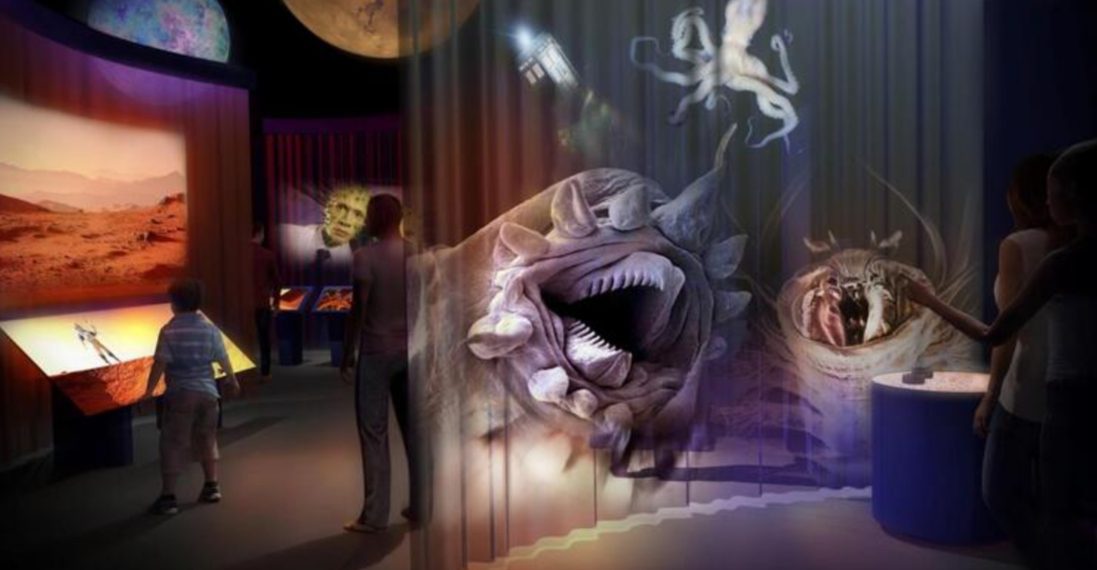 Doctor Who: Worlds of Wonder unveiled at World Museum Liverpool

Doctor Who: Worlds of Wonder unveiled at World Museum Liverpool

A sci-fi exhibition based on the popular Doctor Who drama series has opened in Liverpool.

Liverpool’s World Museum has welcomed the exhibition, Doctor Who: Worlds of Wonder, which opened on 27 May.

Fans of the good Doctor can expect classic set designs, and learn the special effects and makeup design which brought the show to life.

Meanwhile, guests will see many famous faces and voices of leaders from the sphere of entertainment and science. Game of Thrones star Mark Gatiss, who wrote several episodes of Doctor Who, narrates the exhibition as the host taking guests through space and beyond.

Dr Maggie Aderin-Pocock MBE, a Space Scientist and Presenter of BBC’s The Sky at Night hosts Ask a Scientist sections, explores the science behind the Doctor Who series.

Fiona Philpott, Director of Exhibitions at National Museums Liverpool gave further insight for fans: “We’re thrilled to announce a small taste of what visitors can expect at the world premiere of Doctor Who Worlds of Wonder, and we can’t think of anywhere more fitting than Liverpool to host it.

“There is truly something for everyone within the exhibition – from science-fiction fans to families, and from Doctor Who buffs to those who simply have a curious mind. The behind-the-scenes knowledge that the contributors bring to the exhibition is mind-blowing.”

Kaisa Jinshawan International Resort to open in phases in 2021