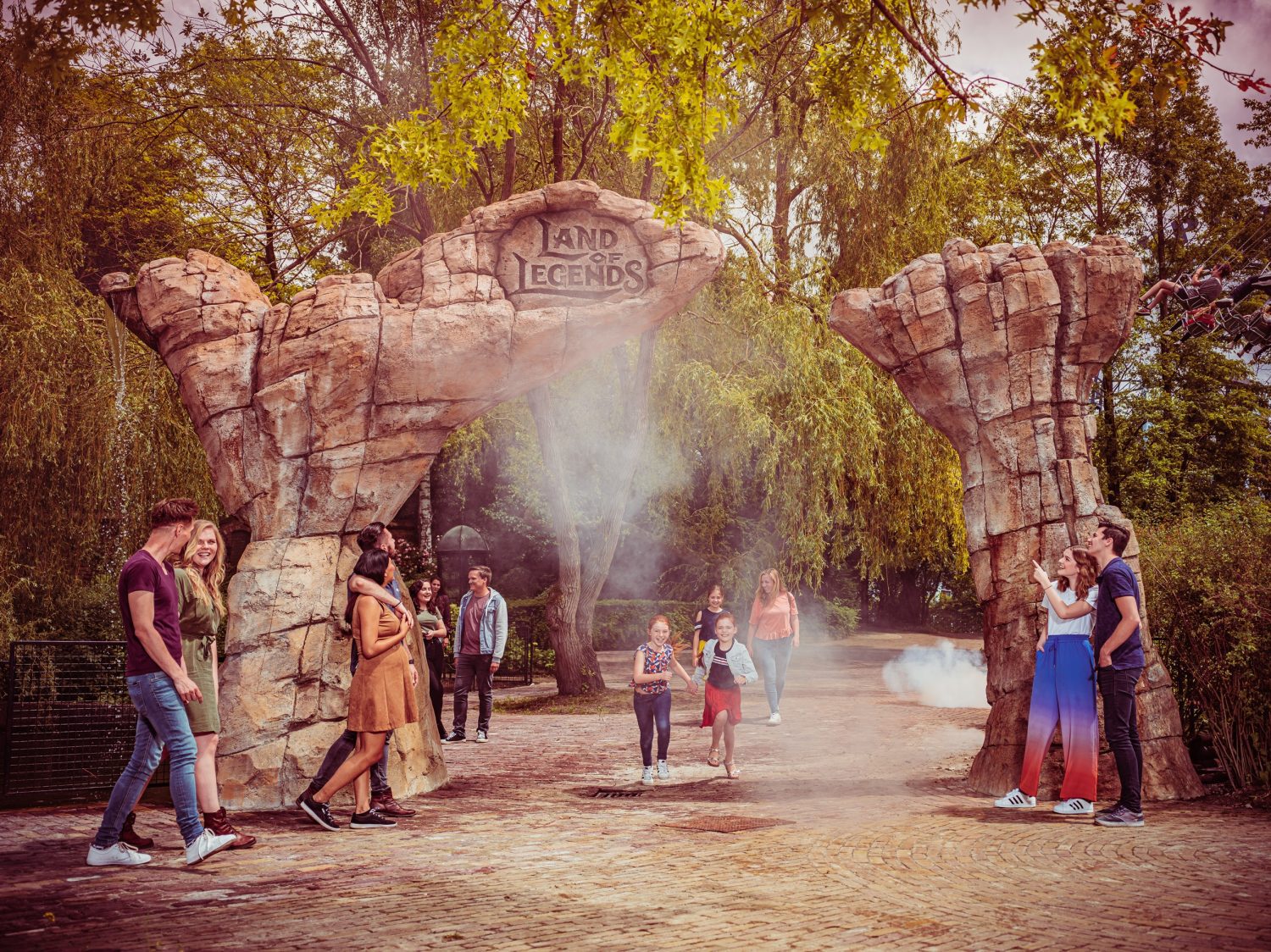 As the largest investment ever made in the park’s history, Bobbejaanland’s commercial and creative director Peggy Verelst talked InterPark through the project.

“The area started out as a ‘white paper’ – but given that the green scenery and water are two landmark features of the wider park, we wanted nature to be the red thread in the story and theming of Land of Legends,” she explained. “Existing rides Sledge Hammer and Typhoon, which have been included in the new area, had to be the perfect fit in both story and theming and of course, the big novelty – the triple launch coaster, Fury – had to be the star of the show. 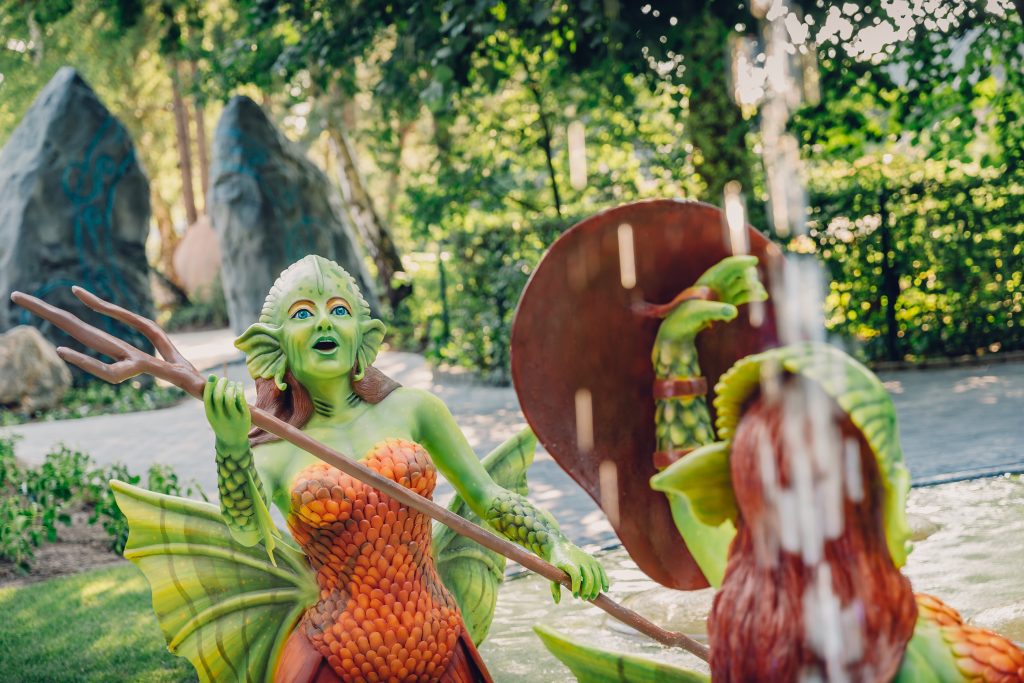 “As soon as we got the green light for investment from the Spanish headquarters of (park owner) Parques Reunidos, it was immediately clear to us that we wanted to surround ourselves with the best companies in the sector in order to extend and build on our internal project team.

“For both the construction of the new coaster and the theming, we invited several companies we thought could be a good fit, based on existing experiences at other parks within the group, to pitch ideas. For the theming, Leisure Expert Group had worked on other projects at numerous Parques Reunidos parks and surprised us when it came to their approach, ideas and so on – it was an immediate match. For the development of Fury, the proposals from Gerstlauer were unique – we challenged them and they in-turn challenged themselves! From the moment Fury was launched, it was immediately praised as one of the best coasters in the Benelux.”

“For us, to be invited to work with Bobbejaanland was a great recognition of previous work we had carried out within Parques Reunidos parks,” picks up Leisure Expert Group’s CEO Marjolein van de Stolpe. “Peggy and her team wished to keep close to the park’s unique identity, yet were inspired by the latest trends in the active target group. This matched perfectly our own personal mission, which is to create unique stories and concepts that fit with our clients’ own DNA.” 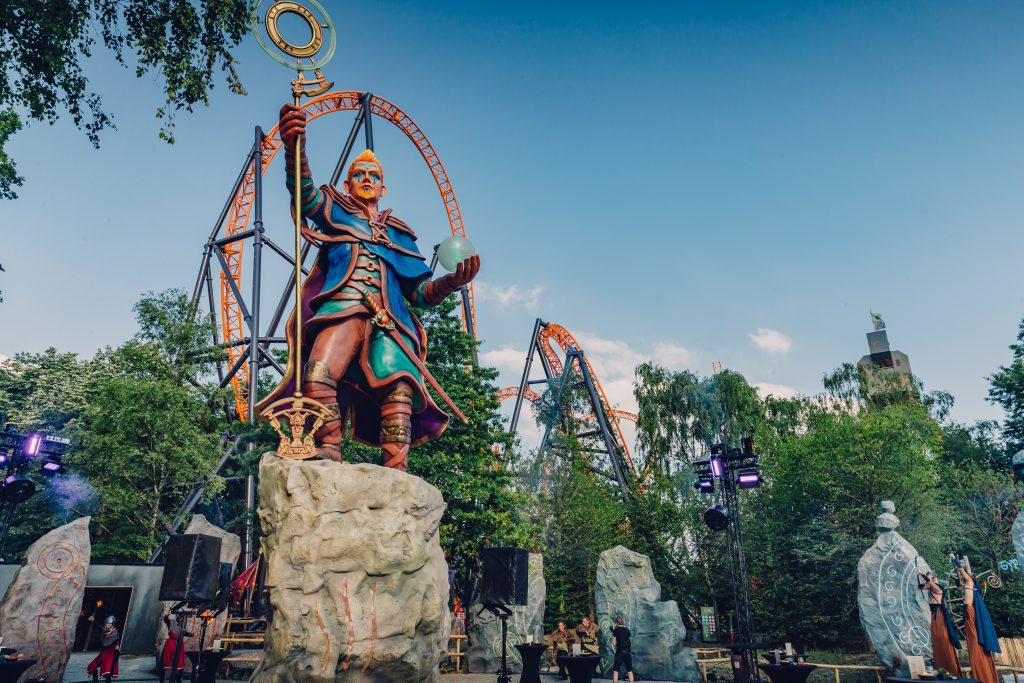 “Having looked at the area, we designed a floor plan in which all of the queue lines started from the same square,” Verelst continues. “However, the area soon became unrecognisable, so we needed to work around this and it forced Leisure Expert Group to think of one big storyline, with one main character. It then became easier to match the existing capital with the new novelties.

“The creative process received the most attention during the project, but this is normal – certainly when old and new capital comes together. Leisure Expert Group invented a ‘Guardian of Elements’ narrative for the new area – the protector of the four elements of nature. The guardian is responsible for four realms in Bobbejaanland – water, fire, earth and wind, which are protected with four gates to keep the bad forces out. But what the guardian doesn’t know is that the bad forces are already present and ready to attack, using the elements of nature for bad intentions. As such, the guardian needs help from abroad and guests from all over the world are invited to come and join forces.”

“The amazing thing about the storyline we wrote, is that it matches with the park’s unique identity and became an IP-worthy story on its own,” Leisure Expert Group’s Max Reims adds. “This became even more apparent when Bobbejaanland partnered with a renowned Flemish author to deepen the storyline narrative into a novel for children.” 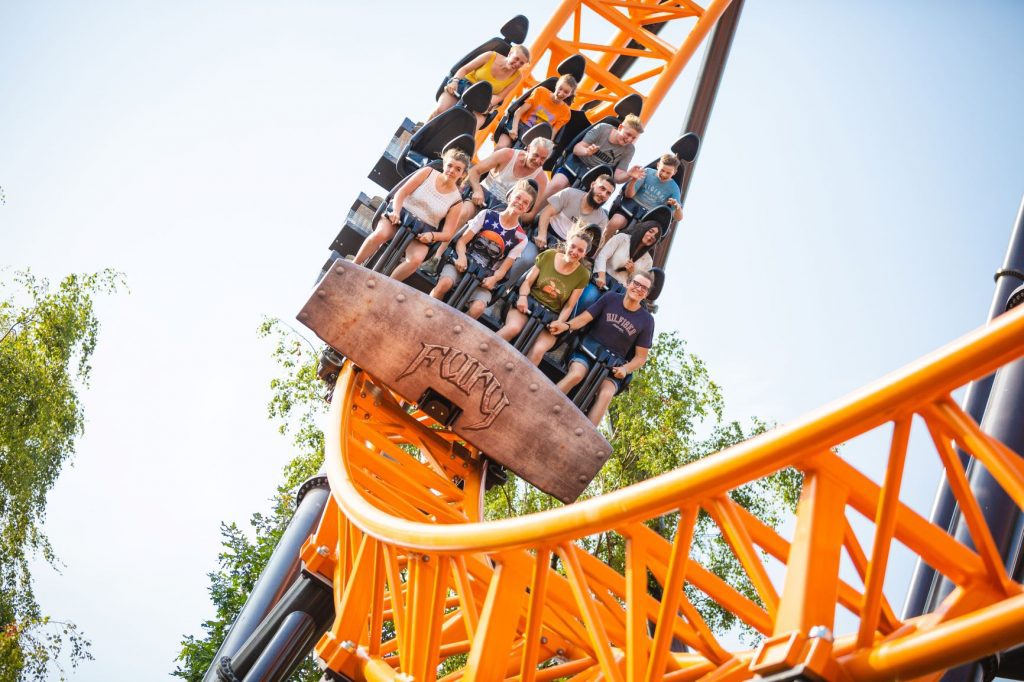 In every realm, guests pass signs of ‘war’ between good and evil, with each realm having its own icon to bring the story to life, feeding the fantasy of the guests.

“In the design, we chose to use visually strong, iconic theming objects to explain what is going on in each area,” says Reims. “We strongly believe that every place on earth needs a story or a history for it to feel right. An environment needs context to give visitors a good feeling and when context is missing people immediately notice.”

The space that Land of Legends now occupies at the park was not, as we know, completely empty and already consisted of two main rides; rather than re-theming them, Reims and his team decided to use them for inspiration and to their advantage, as he explains. 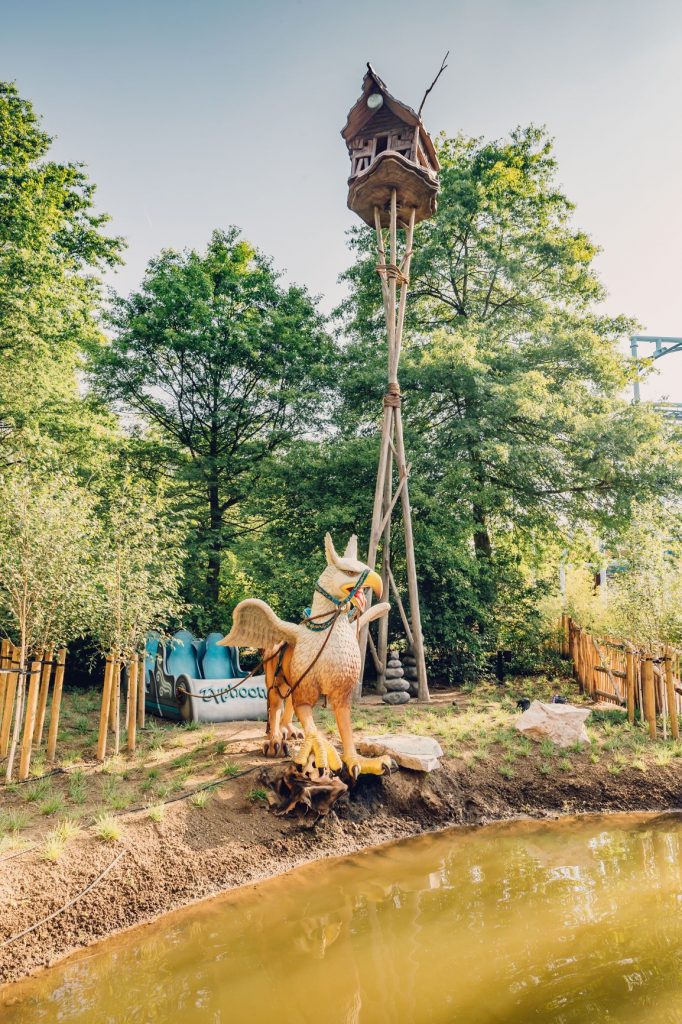 “As we knew from the beginning which rides would become part of the story for Land of Legends we tried to match the story with the existing unique characteristics of each ride. In fact, the existing rides actually inspired us to create the storyline around the four elements. The powerful swing of the Sledgehammer resembled the solid force of the earth; the twists and turns – as well as the hang time – on Typhoon were a perfect fit to resemble air. This then paved the way for Fury to become the almighty fire element and we added in a water play area to resemble water. We then moved on to create a story that would unify these natural elements into a new and coherent area.”

Ride manufacturer Gerstlauer Amusement Rides presented various different layouts and concepts for Fury and eventually agreed on a triple launch coaster; Bobbejaanland then challenged the design team to add a special feature to the ride, which could then be used for marketing purposes.

“We succeeded in presenting a ‘world-first’ feature to the park,” says Gerstlauer’s Coen Nieuwenstein. “The Fury roller coaster is based on the successful Infinity train series. The seats are very spacious and comfortable as are the lap bars. The Infinity train can be propelled by means of magnets (LSM); it can also use a chain lift – both at an incline or completely vertical (90°) – all of which result in a unique ride experience for the guests.” 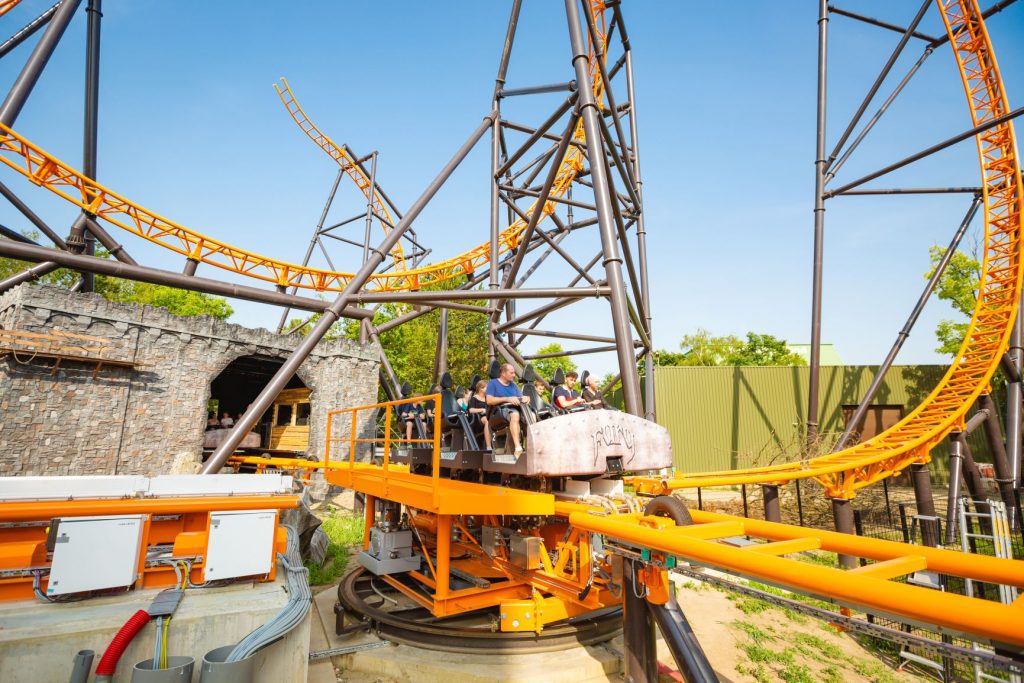 Installed in a relatively short period of time, Nieuwenstein explained InterPark how Bobbejaanland wanted to add special theming to the ride, further enhancing the ride experience.

“This meant that the builders, the installation team at the theming company and the Gerstlauer crew, all had to work together to meet the deadline,” he says. “Sometimes, this was challenging as the space around the ride was limited and some of the column constructions, with a height of more than 40m, were quite complex. However, due to the professional management of Bobbejaanland, which oversaw all of the disciplines, the ride was completed and opened without any issues.”

“All of the teams working together, at the same time, was the biggest challenge for our project leader,” adds Verelst. “It was one giant puzzle and there was a moment where we even had to build a giant cage around one of the themers so he was able to do his job safely while Gerstlauer was building the track! 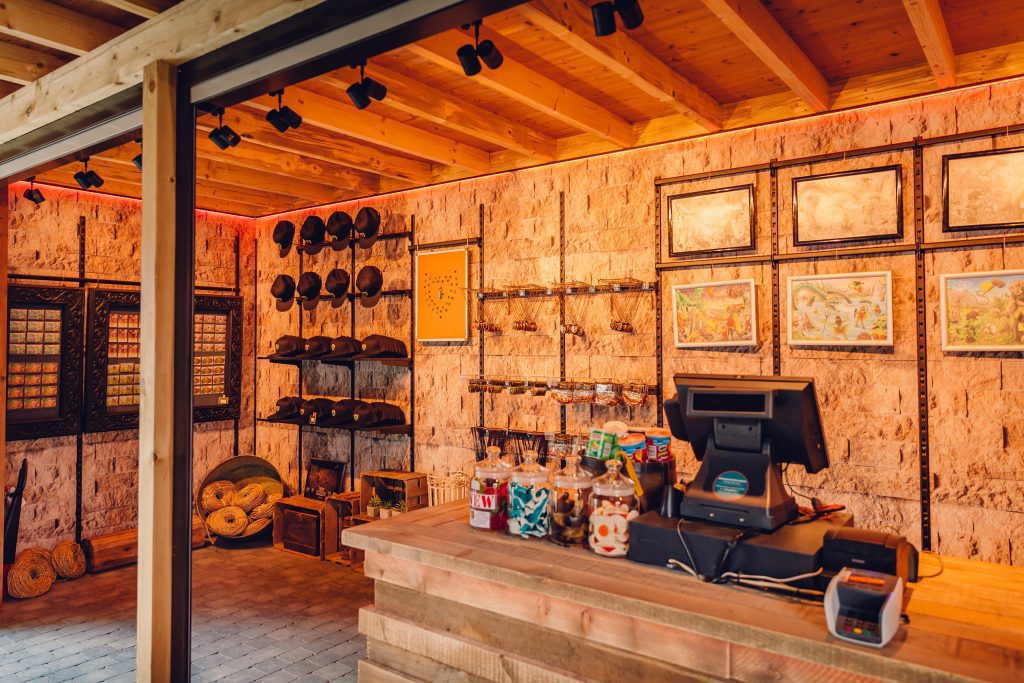 “Land of Legends has become one big thrill zone, all with coherent theming and atmosphere,” she continued. “All of the rides deserve the same amount of guest attention because in the end, Typhoon and Sledge Hammer are two strong holders and iconic rides for Bobbejaanland and now they have some healthy competition from Fury.

“The new rides have changed the park a lot; its skyline is changed forever. Fury is the highest ride in the park with a top hat of 41m high and a spike of 43m. As the new area is located at the start of the park, this is where the journey now starts for visitors. Before this major change, we noticed this area was more of a ‘walk-through’ space; now it is a place where visitors want to hang out because of the great atmosphere, the additional shop, additional catering point and the new ride. For guests with young children, who might not be that keen on the big thrill rides yet, the water play zone is perfect and is a very popular space – certainly when the summer heat waves hit!”

With Land of Legends sitting next to Cowboy Town and Adventure Valley, while this might be the third themed area in the park, Verelst is keen to reiterate the park is an amusement park at heart, telling InterPark: “We focus a lot of attention on the rides themselves. However, we know from research and surveys how important theming has become for guests. That is why a big portion of the resources were spent on the theming, green scenery, the story, etc., when we began the Land of Legends project. Listening to the guests’ comments, we do believe we found the right balance for now and for future projects. 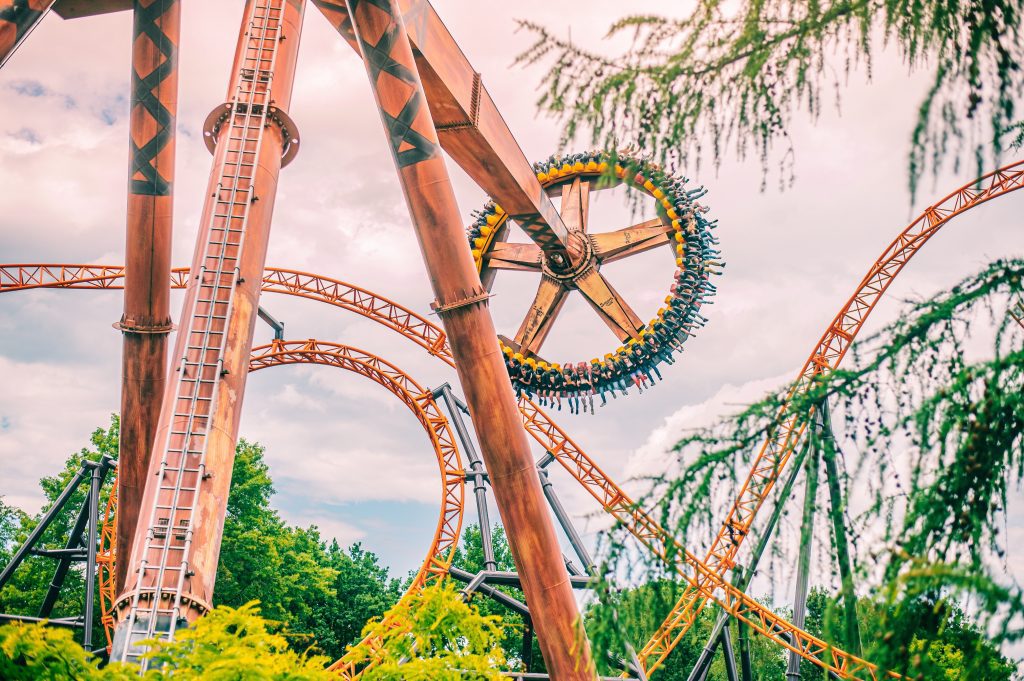 “With this new investment, a big and important part of the park is not only renewed, the area has been injected with a big novelty and has been completely redesigned,” she went on. “We got the most out of the budget we were given and so of course we hope this will have a huge impact in terms of attendance, the park’s image, guest repetition rate and more.

“As a family park, whatever we did had to be appealing for a broad family target group and I believe the story of Land of Legends and how it has been executed does indeed fulfil that.” 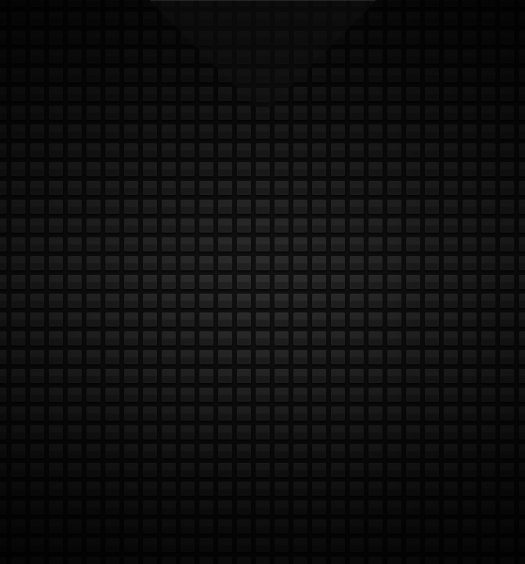 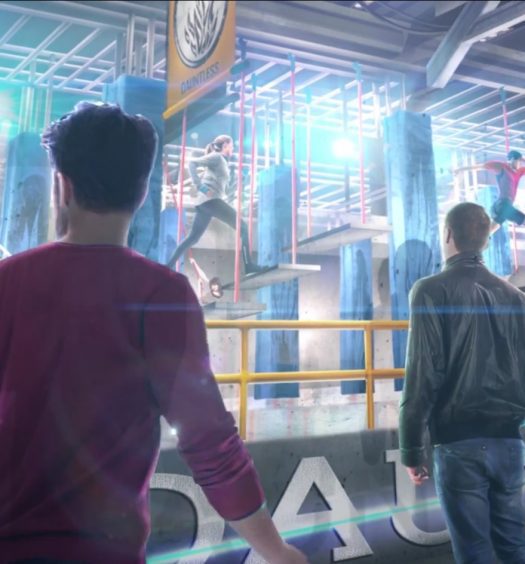