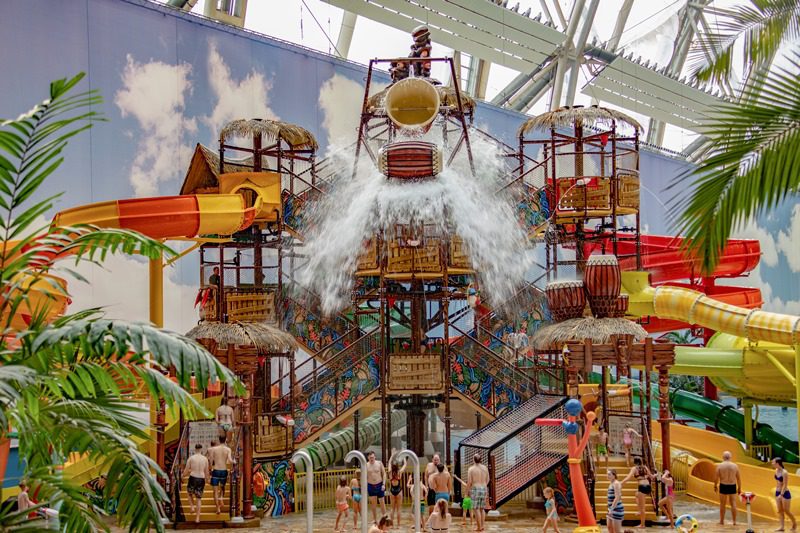 The Tropical Islands Resort near Brandenburg, Germany, one of Europe’s most well-known indoor waterparks, has invested in a new, highly-innovative themed water play structure, desgined by waterslide designers Polin Waterparks.

The 650-hectare site, which was developed inside a former airship hangar known as the Aerium, is the largest indoor waterpark in the world and is home to the highest waterslide tower in Germany, standing at a dizzyingly lofty 27 meters.

The new structure designed by Polin exclusively for Tropical Islands, promises to take the waterpark’s thrill factor to a new level.

Ten components have been used on the attraction, which, when combined, create six two-level modules, using a special floor-mounting system.

The new attraction takes riders on a thrilling 317-metre journey, with one stretch of slide reaching 66 metres.

Adding to the thrill of grand new structure is the fact the attraction combines several of Polin Waterpark’s esteemed technologies, including special pattern effects, transparant wateslides and natural light effects, all of which were adapted specifically for the Tropical Islands Resort. 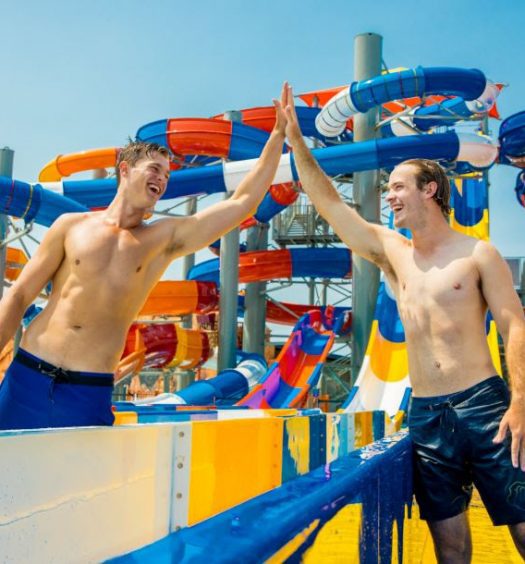 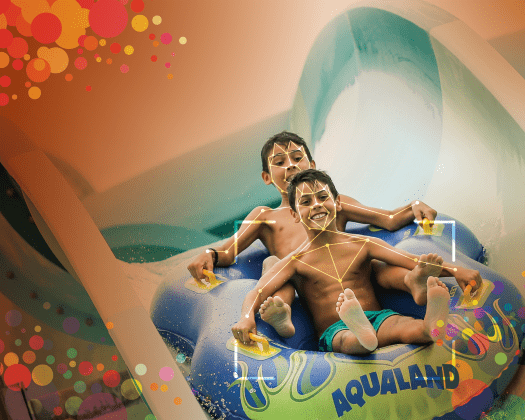