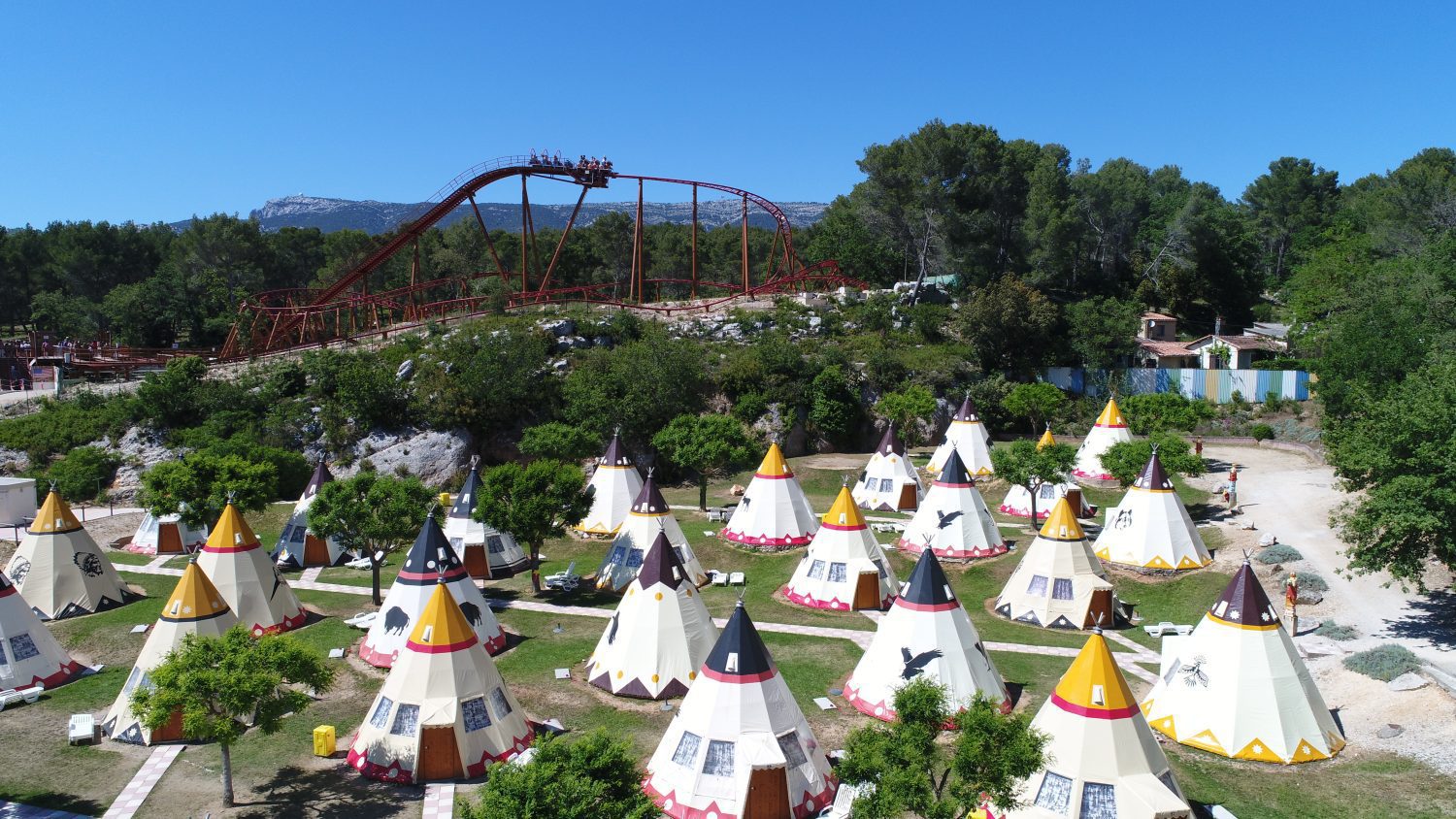 OK Corral is a family owned and operated amusement park located in Cuges-les-Pins in the South of France.

It was created in 1966 by a lion tamer named Jacky Rex. Fascinated by the Wild West, Rex, along with some friends, started out by building a small snack stand/saloon that acted as a backdrop to their shoot out re-enactments. It was at the height of the spaghetti western era in the 1970s when the business began to grow quickly, that OK Corral was sold to a French businessman who added the first swings and slides and turned it into a visitor attraction. 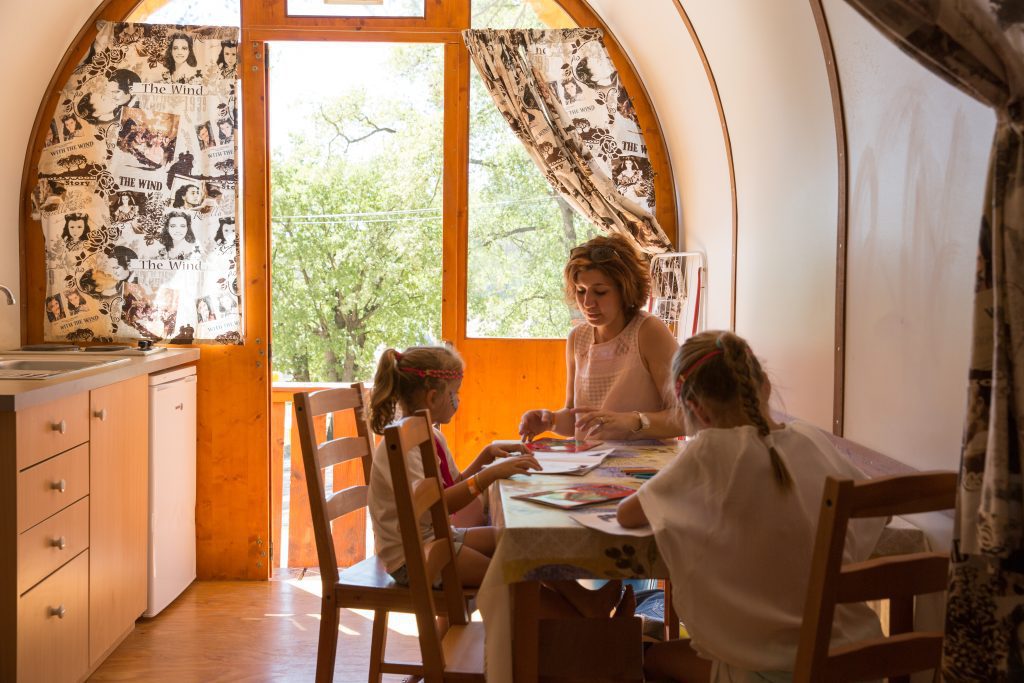 OK Corral was then sold again in 1979 to Henk Bembom, Snr. Believing that The Netherlands was too small a country to build a business where his large family would flourish, he looked to expand elsewhere in Europe. Fate brought him to France and eventually to OK Corral and the park has remained in the family ever since.

The park operates with 35 full time members of staff and about 200 seasonal staff who take care of rides, shops and kitchens, while a further 50 regular sub-contractors work all year round. Attracting around 400,000 visitors per year and with on-site accommodation available, OK Corral sees families both local to the area and from further afield heading to the park on a regular basis.

With an ethos that OK Corral is a “family run park for families,” the rides are chosen to suite all ages but with an emphasis on children and teenagers. OK Corral’s DNA is also in live shows where older audiences get to witness five different shows based on the Wild West each day. Cowboys, Indians, bandits and Mexicans are among the characters who bring the past to life. 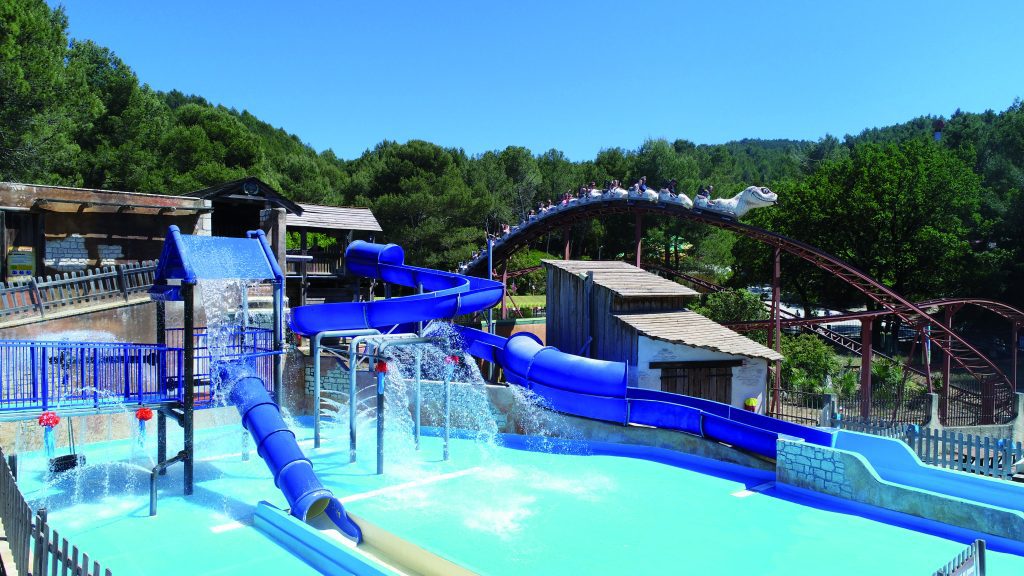 Seasonal events such as Easter, Halloween and Christmas see the park fully redressed in seasonal colours. Special haunted houses are built, parades and shows created and fancy-dress competitions are held, all to make Halloween extra spooky, while pumpkins are grown and scattered around the park to allow for carving by the guests. Conversely Christmas sees tinsel, elves and even Santa’s reindeer take up residency in the park to mark the festive season. The venue also organises several one-day events for classic car enthusiasts, American Independence day, charities and so on.

The rides at OK Corral are mainly traditional amusement rides with retro-fittings to accommodate people with disabilities and special adaptations on classic designs (the track has been closed on a Gerstlauer Boomerang ride for example, and custom horse and carriage trains have been made for a Zierer roller coaster). Three roller coasters, a log flume, a Pirate Ship, a Big Wheel, a Drop Tower and two swing rides are just some examples of the 35 different rides featured in the park. Zierer is probably the park’s biggest supplier for rides, with two coasters, two swing rides and one Jet Ski, while the rest of the rides and attractions have been supplied by SBF, Huss, Reverchon, Technical Park and Gerstlauer. 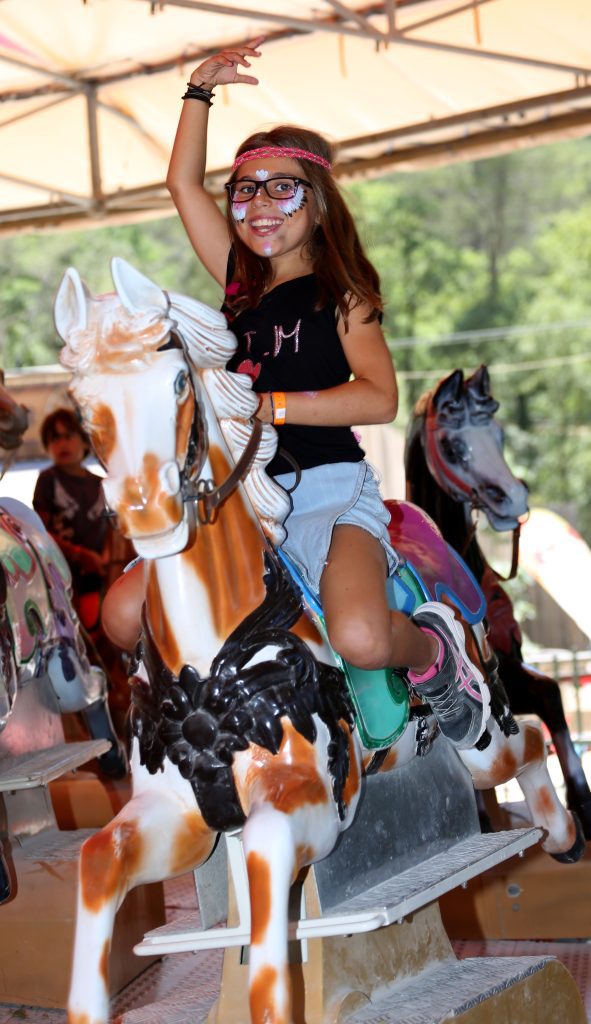 As part of this new development OK Corral set out to produce zero waste and all the existing infrastructure was demolished and sorted. All the stone and concrete was crushed to make new foundations, steel was sent off for recycling and the only waste on the worksite was the unrecyclable packaging from shipping. This was part of the park’s owner’s push towards a more environmentally friendly venue with an emphasis on recycled and recyclable products, energy management, minimising plastic usage and wildlife conservation. As part of this, they have built a bird of prey education centre next to the park and all the park gardens are planted with compost produced by the park’s 60 horse-strong stables. 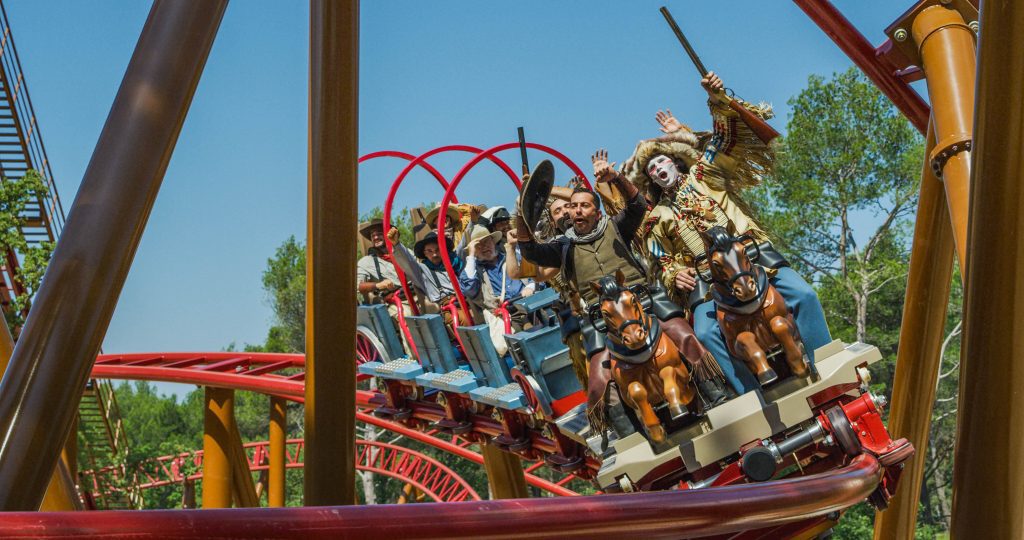 OK Corral can currently sleep more than 400 people each night, with visitors having a choice of sleeping arrangements – ranging from simple tepees and air-conditioned and TV equipped luxury tepees, to frontier lodges, chuck waggons and ranch houses. There is something to suit every budget while there are also plans (COVID permitting) to extend the park’s current accommodation offerings and promote more educational content throughout the park.

COVID has not cancelled plans, say the park’s owners, but rather changed their order of priority. It was also the deciding factor for the new developments such as the Mexico area; the team knew they would have a longer winter period to develop the new area without affecting the overall customer experience. 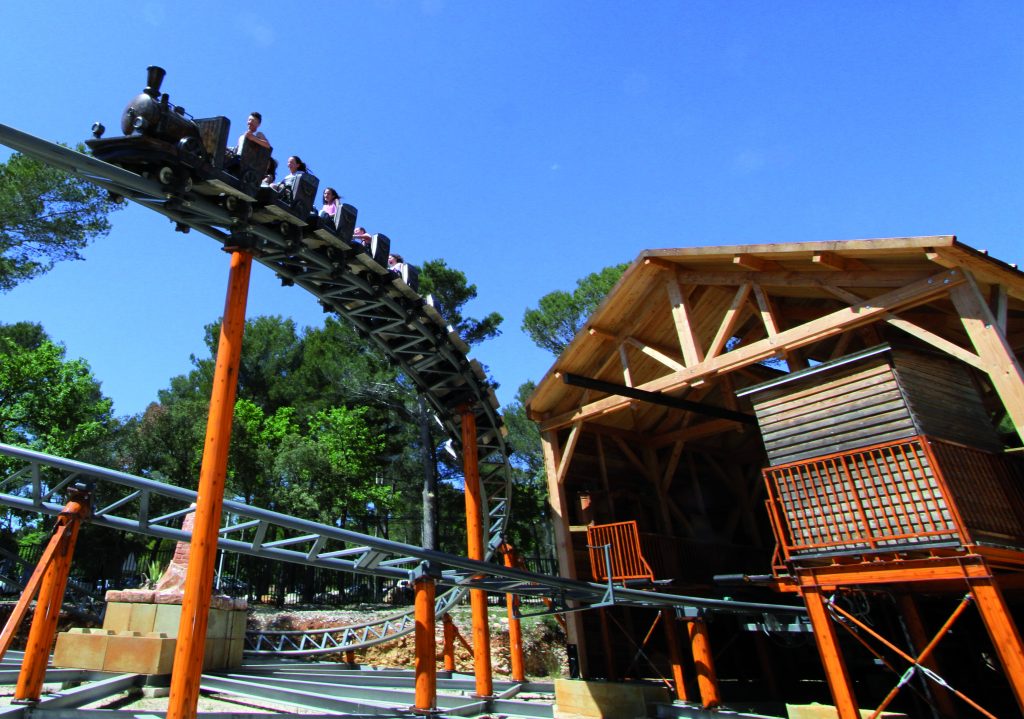 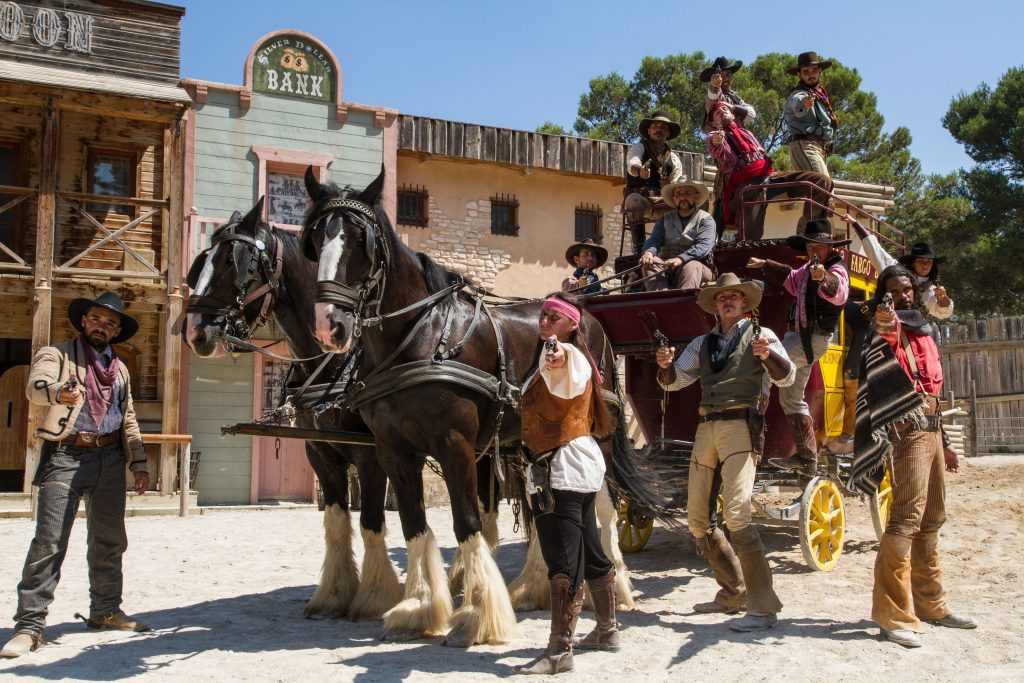 When it comes to food options at OK Corral, there are eight different dining locations available serving a variety of food, ranging from sit-down meals to fast food and snacking. Burgers, doner kebabs, chips and the French favourite “jambon beurre” sandwich are the most popular. Ice cream, slush drinks and sweet treats are also always a hit in the summer.

For the owners of OK Corral, they truly believe that customers feel the joy that their staff feel by working with them. “Parks are fantastic places to work because it forces you to keep a sense of child wonder and dream big,” they told InterPark. “We believe this is part of our success and the reason we are the biggest park in the south of France. OK Corral has become part of a family’s life and a ‘must-do’ day out.” 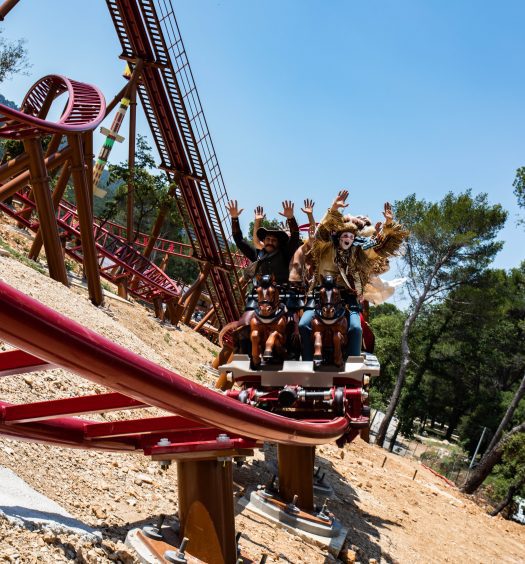 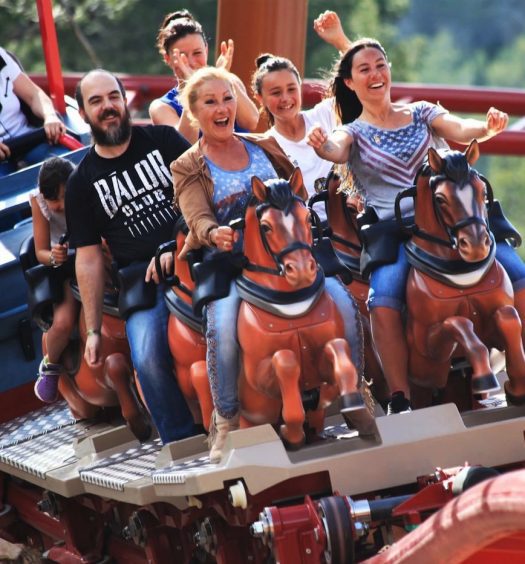