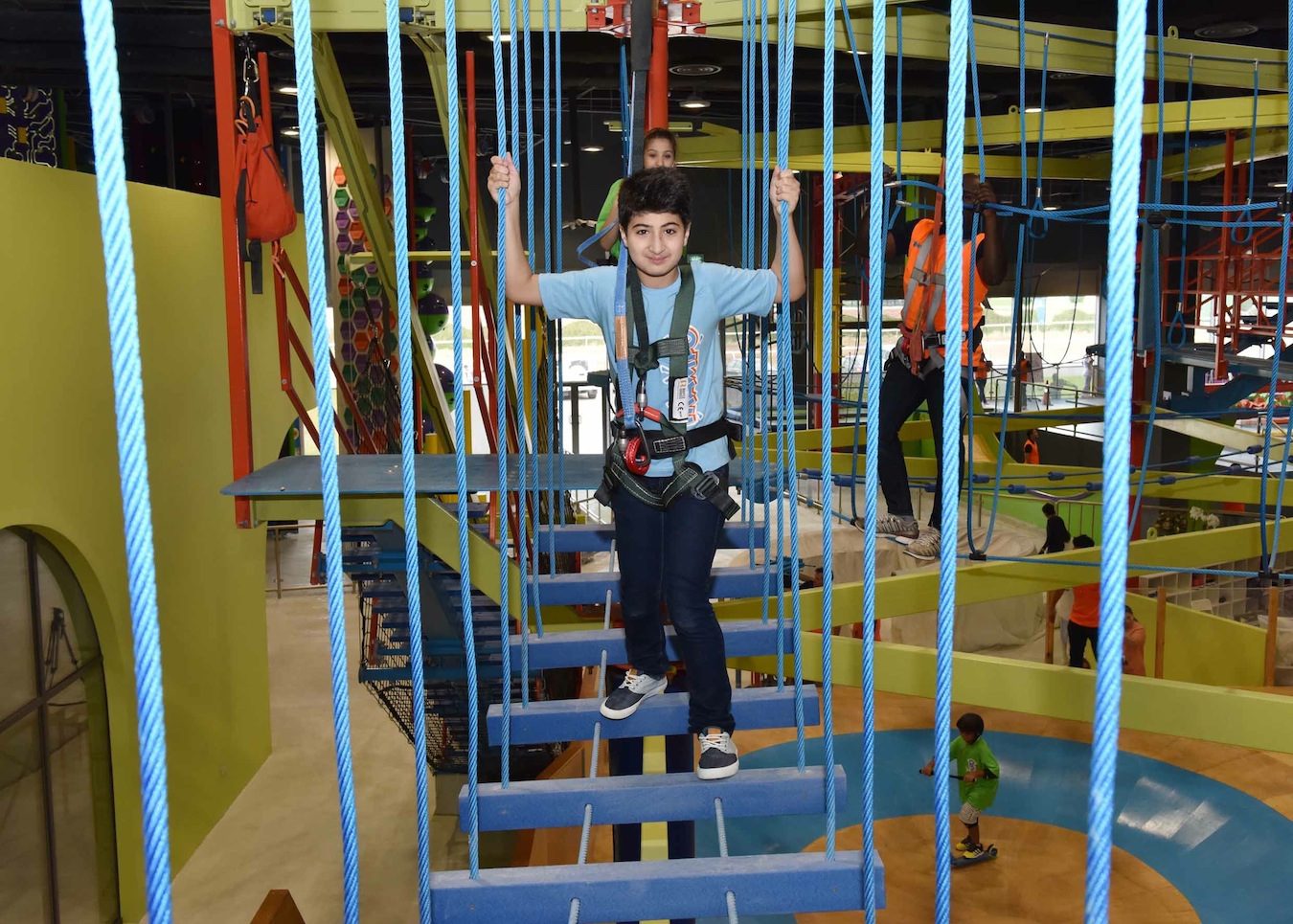 The two-storey structure, which launched in April, contains 21 different elements and is the first of its kind in Oman. Since 2015, Trampo Extreme has operated such an attraction at its outlet in the Murouj Mall Sports Facility in Sabhan, Kuwait.

A highlight of the new installation in Muscat is a 60ft (18m) Sky Rail that gives participants an airborne ride across the width of the structure. Located directly above the Scoot ‘n Skate zone, the SkyTrail is loaded with fun challenges such as swinging steps, a zig-zag rope bridge, a 7ft/2m standalone beam, lily pad stepping stones, a rolling log and other obstacles that test balance and concentration. It can accommodate up to 30 people at the same time. Children and adults are outfitted in a harness and single redundant slingline that keeps them secure while they navigate their way through. In addition to the new ropes course, visitors can tackle one or all of the different Clip ‘n Climb walls at Tampo Extreme Muscat, which is open 365 days a year. Other attractions include a drop slide, indoor caving zone, soccer arena, dodgeball zone, a junior play area, Ninja zone and the aforementioned Scoot ‘n Skate zone.

“The Sky Trail makes an immediate impact as customers walk into Trampo Extreme,” says general manager Craig Ogilvie. “Since we opened, it’s been one of our most popular attractions.”
Ropes Courses Inc has built Sky Trail attractions at destinations in 29 different countries, The US manufacturer boasts a growing presence in the Middle East including Dubai, Qatar, Kuwait and Turkey. 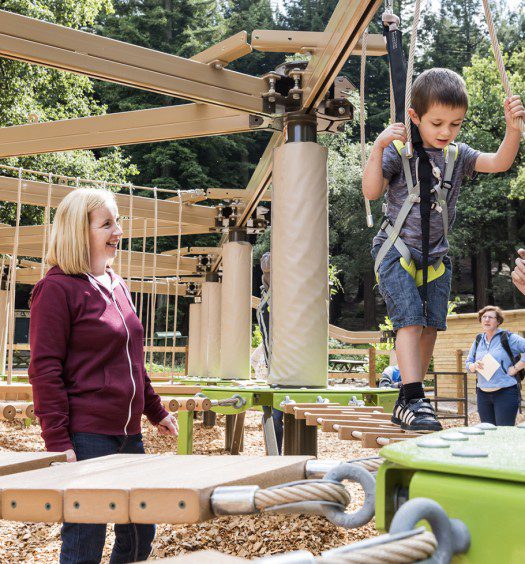 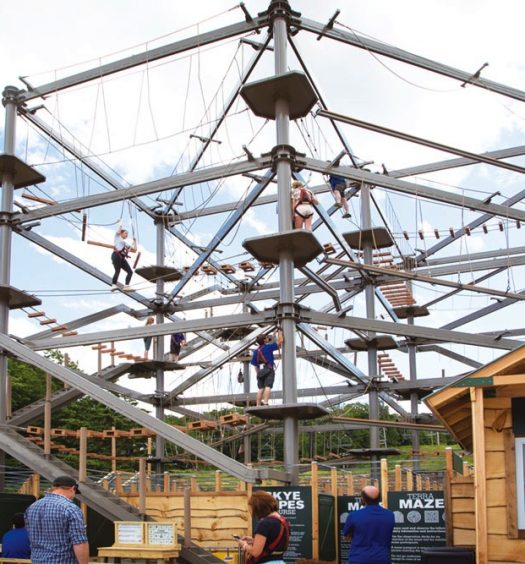