Dubai Parks and Resorts, the Middle East’s largest theme park destination, will open its gates to the general public on October 31.

The resort will also include Riverland Dubai, a themed retail, dining and entertainment experience, and the Lapita Hotel, a Polynesian-themed family resort.

“This has been a long-time coming, and I can’t say enough about how excited we are to welcome our guests to the destination,” said Raed Kajoor Al Nuaimi, CEO of Dubai Parks and Resorts.

“Nothing of this magnitude has ever been done before, and we look forward to offering our guests close to 100 unforgettable rides, attractions and experiences.”

Al Nuaimi added: “As the largest entertainment destination in the region, Dubai Parks and Resorts will create jobs in Dubai, support the UAE’s tourism vision and grow the family leisure industry in the region.”

Bollywood Parks Dubai is the first-ever Bollywood themed park in the world, providing guests with a flavour of Bollywood and Indian culture through immersive rides, delicious food, stunning live performances and extravagant entertainment.

The theme park will feature cinematic rides and attractions for families and visitors of all ages to experience recreations of some of Bollywood’s biggest blockbusters such as Don, Lagaan, Sholay, Krrish and RA.One, through state-of-the-art 3D and 4D systems, as well as a stunning  stunt show, live performances and hot sets based on the Dabangg, Rock On!! and Zindagi Na Milegi Na Dobara.

Amazing cuisine will take centre stage at each of the park’s six themed restaurants, while 200 dance performers will be regularly stunning guests with intricate routines with up to 20 live shows across five stages.

At the heart of Bollywood Parks Dubai lies its crowning jewel, the magnificent Rajmahal Theatre, an 850-seat opulent theatre that will host a separately ticketed Broadway-styled Bollywood musical several times a week.

As the largest Hollywood-inspired theme park in the Middle East, Motiongate Dubai will unite three legendary film studios for the first time within one theme park: Sony Pictures Studios including the Smurfs, DreamWorks Animation and Lionsgate.

Visitors will be given the chance to go beyond the screen and immerse themselves in the magic of Hollywood, ensuring fun for the whole family and creating memories to last a lifetime.

Motiongate Dubai is the largest of the three theme parks and whilst a significant portion of the park will premiere on October 31, Dubai Parks and Resorts said work on some of the attractions will be ongoing for a “couple of months” to create the very best experience for guests.

In the Sony Pictures Studios Zone, guests can blast ghosts in the exciting Ghostbusters dark ride, ride their own Black Beauty aboard The Green Hornet: High Speed Chase roller coaster or freefall from the 58m Zombieland: Blast Off tower.

In Smurfs Village Zone, families will be invited into the charming mushroom-capped world of the loveable Smurfs, featuring five exciting rides and attractions including the world’s first Smurfs-inspired roller coaster, Smurfs Village Express.

For live entertainment, fans of music will love Step Up Dubai, All In – a high energy hip hop show inspired by the popular film franchise, Backlot Beat, a pop-infused musical show or the dancing Ghostbusters band.

Here, guests will be transported into completely immersive lands inspired by Shrek, Kung Fu Panda, Madagascar and How To Train Your Dragon, bringing their favourite films and characters to life like never seen before.

In the Lionsgate Zone, guests will experience the world’s first theme park attractions inspired by The Hunger Games, showcasing a thrilling roller coaster and an exciting 3D motion simulator.

Legoland Dubai is the ultimate world of year-round Lego-themed adventures for families with children aged between two and 12. The park will feature over 40 interactive rides, shows and attractions and 15,000 Lego model structures made from over 60 million bricks.

Located next to the theme park, Legoland Water Park will be the only waterpark in the Middle East designed specifically for children and their families. The waterpark will feature more than 20 water slides and attractions, each offering a different and fun-soaked experience.

In the heart of Dubai Parks and Resorts, Riverland Dubai is a uniquely themed retail and dining destination. It will be to everyone – with or without a ticket to the adjoining parks – and its unique location means it will be experienced by every visitor to the parks.

Finally, the Lapita Hotel is a Polynesian themed family hotel with 501-rooms and three villas and is part of the Marriott Autograph Collection.

The hotel will bring an exciting, new and fresh approach to family vacations and is custom tailored to the needs of families, including adventure playgrounds, kids/teen and adult fun pools, child friendly and designed F&B outlets, family spas as well as spaces and facilities designed for adults to relax and enjoy. 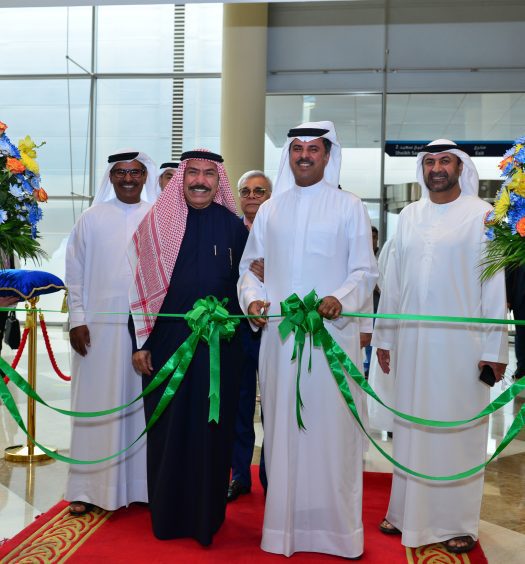 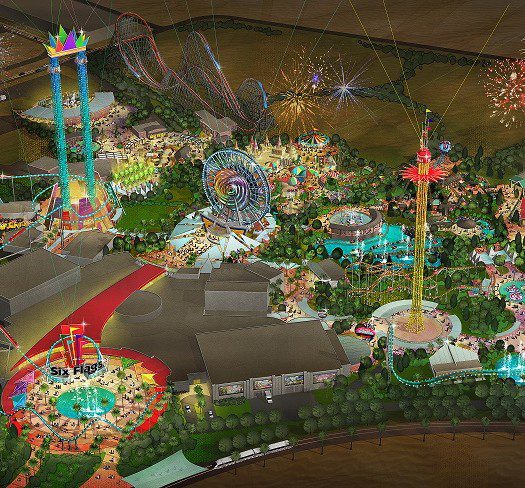