ProSlide, design and manufacturers of water attractions, has installed its latest custom RideHOUSE project, Svalgurok, at Rulantica waterpark at Europa-Park.

Svalgur, a giant sea serpent, lives inside the play structure. Svalgur’s head can be moved and sprayed up to 200 gallons of water every minute from four nozzles located inside his mouth. The sea serpent is locked in a battle with a huge octopus, which forms a themed ProSlide Continuous Body BOWL.

Roland Mack, owner of Europa-Park, commented on the opening of the new attraction: “Guests can’t stop talking about Svalgurok. From the rides to the design, to the theming and everything else, the RideHOUSE blows their expectations out of the water in every single way.”

Jeff Janovich, ProSlide’s senior Vice-president of global strategic partnerships, commented: “Rulantica fulfilled its incredible vision to create a world-leading WaterKINGDOM RideHOUSE that extends and enhances their second-to-none theming. Svalgurok is a next-generation RideHOUSE that showcases how the world’s first interactive, robotic theming along with 10 tracks of cutting-edge ProSlide Water Rides work together to create an attraction unlike anything seen before.” 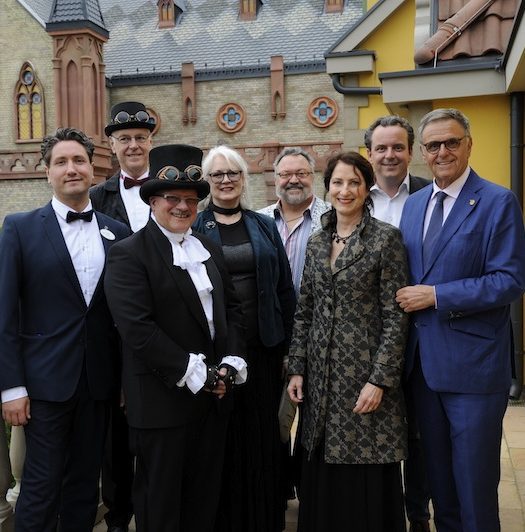 Industry insiders have a SATE time at Europa-Park