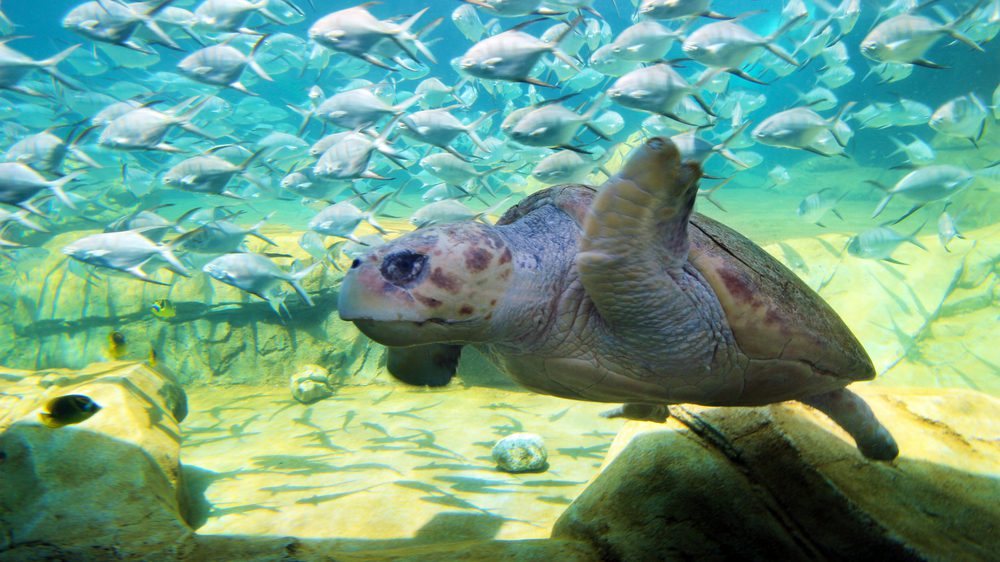 The new attraction enables guests to get up close to endangered and rescued sea turtles and multi-coloured fish, as they’re informed about the impact humans are having on the oceans.

This 126,000-gallon coral reef-themed environment was designed as a recirculating filtration system, which reduces SeaWorld San Antonio’s energy and water consumption to bring the park closer to its eco-friendly goals.

The multi-species, biodynamic habitat houses rescued sea turtles, which will benefit from SeaWorld’s meticulous care. The endangered species include green sea turtles, alongside a 250-pound loggerhead sea turtle known as Big Mama, which was rescued offshore in the Gulf of Mexico after injuring her front and back flippers.

Dan Ashe, president and CEO of the Association of Zoos and Aquariums, and former U.S. Fish and Wildlife Service Director, said:

“Turtle Reef exemplifies SeaWorld’s commitment to ocean protection. This amazing exhibit couples endangered sea turtle rescue with an engaging and inspiring guest experience, and employs state-of-the-art, biodynamic filtration. It demonstrates the leadership that modern and accredited aquariums and zoos are providing in saving animals from extinction.”

“Ocean pollution, oil spills and habitat degradation are some of the biggest challenges facing sea turtles, and Turtle Reef provides an immersive opportunity for guests to learn how they can help the species.

“We are excited to showcase a species that has never been featured before at SeaWorld San Antonio, while educating guests about our mission to protect animals and habitats worldwide.”

In addition to the opening of the Turtle Reef, SeaWorld San Antonio has launched two new thrill rides.

The Riptide Rescue is a thrilling family rescue ride, and Sea Swinger is an exhilarating high swing ride that launches riders on an arc that’s almost parallel to the ground at the pinnacle of its trajectory and then sends them soaring to the same point in the opposite direction. 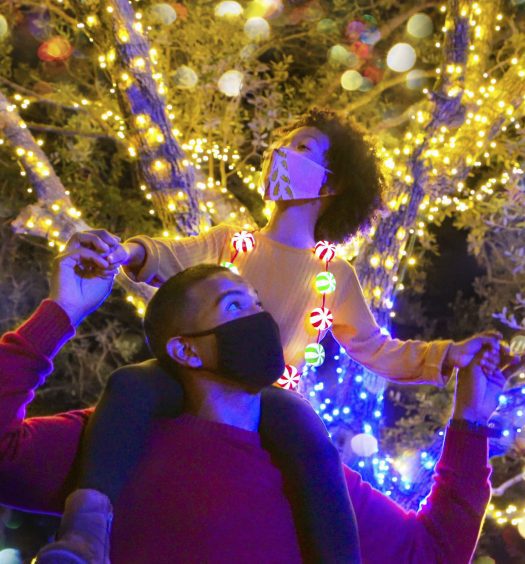