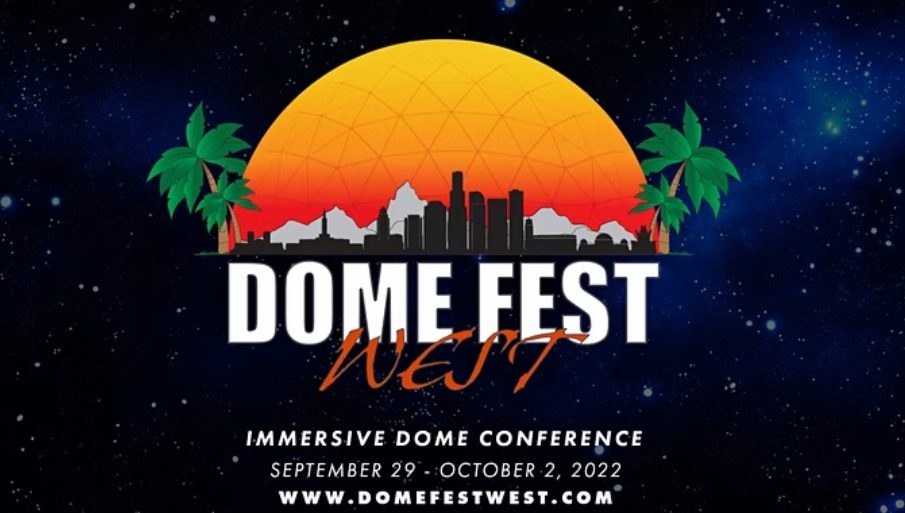 The event will include panels of experts, workshops and industry gatherings.

Dome Fest West, which launched in Autumn 2021, is a 360-degree film festival and conference that brings together the filmmaking community, Hollywood filmmakers and up-and-coming immersive content creators from around the world.

Dome Fest West 2022 will continue on 7 Oct and 8 Oct and on 9 Oct, from 9am to 6pm. On 9 Oct at 7pm, a final award ceremony will take place. A full schedule of film selections along with panel speakers and presenters is to be released on 15 August.

The 2022 Dome Fest West festival and conference will focus mainly on fulldome films, the artists that make them, and ways to further connect the fulldome community to new opportunities that are coming up.

Immersive cinema are proving popular and are set to be a staple leisure diet in future year.

Ryan Moore, Executive Director and Founder of Dome Fest West, said: “I see fulldome and immersive cinema as the future of the movie-going experience. With fulldome, you are no longer just watching a movie on a screen; you are inside the movie. The action unfolds all around you, and you feel like you are a part of it. It’s an incredibly immersive experience that is unlike anything else. Immersive and fulldome films are currently revolutionizing the way people see movies!”