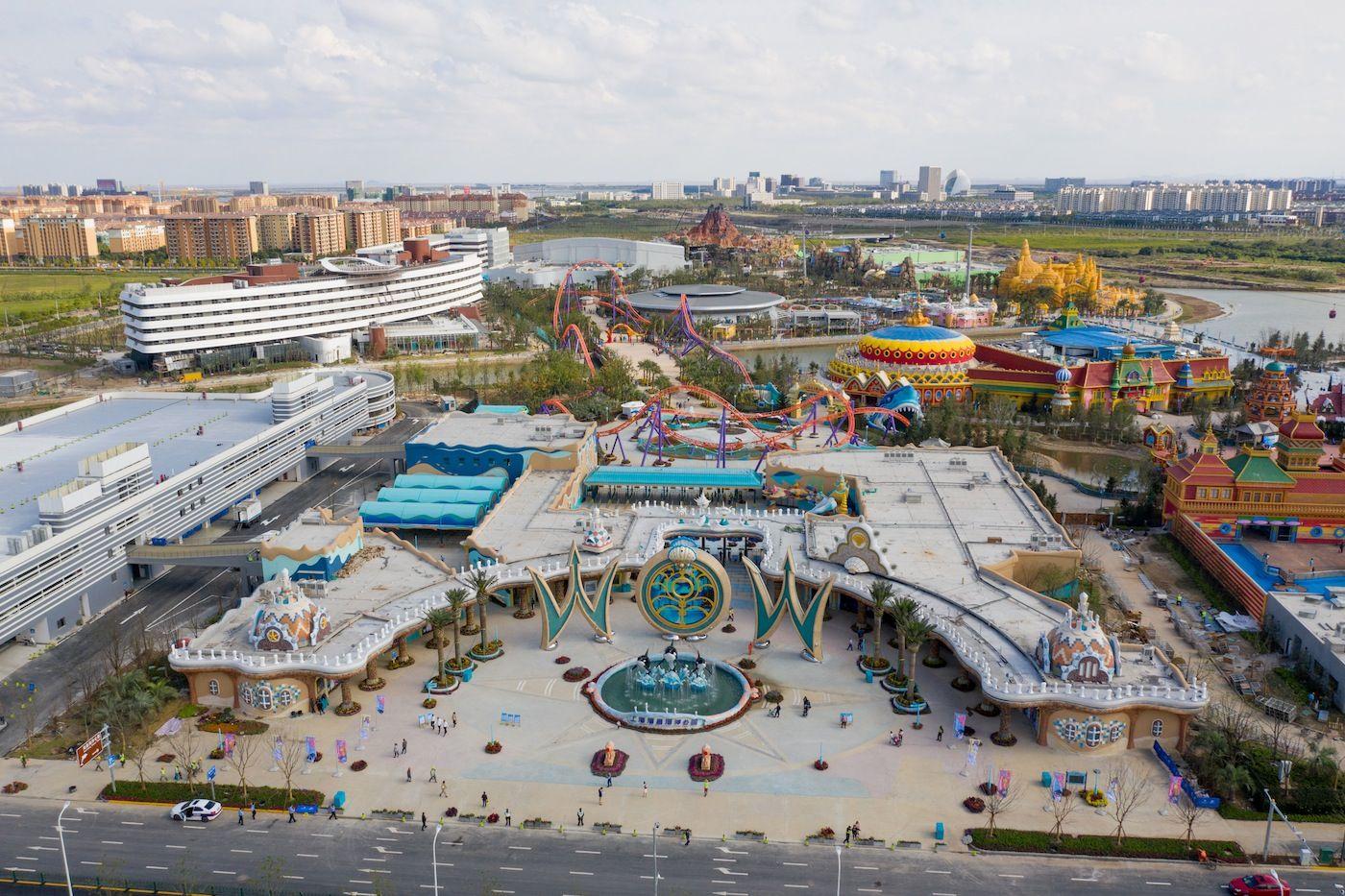 After five years of development and construction, Shanghai Haichang Ocean Park – pictured above – celebrated its official opening on November 16. It is one of three new and upcoming theme parks in Asia designed by Legacy Entertainment, including two in Indonesia.

Located near Shanghai’s Dishui Lake, the 73-acre marine theme park was built at a cost of $795 million and is the first park of its kind in Northeast China. It is expected to draw between 5 and 6 million visitors annually. Among its primary features are seven pavilions, three large show venues, and an assortment of family and thrill rides, including the world’s longest rapids ride. In addition, Legacy is collaborating with CT Corp on another Trans Studio theme park in Cibubur near Jakarta. This too will open in 2019 but feature different design and theming to the existing Trans Studio theme parks in Indonesia. The park’s working name is Trans Studio Action Zone. According to Lee Roe, Legacy’s senior creative director, it will feature rides and attractions “on-par with the best parks in the world.” “It’s an exciting time when you get to announce the start of two new stories – the birth of two great new theme parks – while at the same witness the incredible next chapter – the grand opening of another one that we’ve cared so deeply about for five years,” says Legacy CEO, Taylor Jeffs.

Based in Hollywood, California, Legacy Entertainment has developed, designed and produced over 40 successful projects worldwide since 2002. Its credits include Studio City resort and Galaxy resorts in Macau, China, and the Georgia Aquarium in Atlanta, USA. The last five years have seen the opening of a dozen Legacy projects, including eight successful initiatives at South Korea’s Lotte World, The Kingdom of Poseidon resort in Harbin, China and the hit Off-Broadway production of In & Of Itself. Legacy currently has nine additional projects under construction around the world.