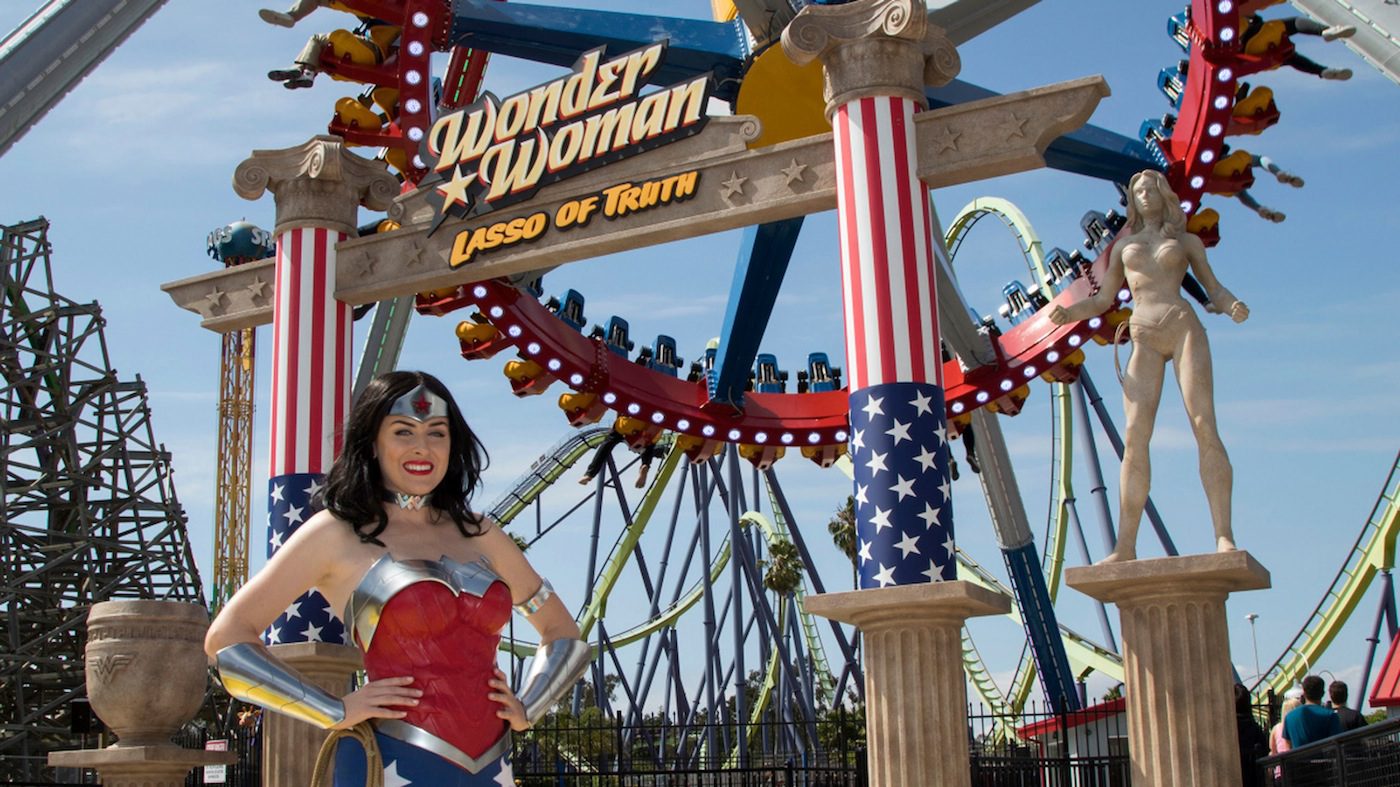 New rides and attractions are promised next year at nearly every Six Flags property in North America, the regional park operator has confirmed. Several parks will also be rebranded following the deal Six Flags agreed recently to takeover five amusement parks and waterparks from Premier Parks.

To accompany the announcement on new attractions, Six Flags chairman, president and CEO Jim Reid-Anderson dressed up as as astronaut to present the promotional video you see below.

“Our 2019 lineup is by far the most comprehensive package of innovative rides, record- breaking attractions and superior guest benefits in the industry,” reckons Reid-Anderson. “The addition of five new parks greatly extends the company’s national footprint and gives our ever-growing season pass and membership base more opportunities to experience the world’s biggest and most thrilling rides.”

Here’s what guests can expect across the US next season:

• West Coast Racers. This racing launch coaster will by the 20th rollercoaster at Six Flags Magic Mountain in California – cementing its reputation as the “Thrill Capital of the World” and the park with the most rollercoasters on the planet. Designed in partnership with West Coast Customs but manufactured by Premier Rides, it will feature parallel tracks with four individual high-speed launches. • Six Flags Great America near Chicago is set for a triple record-breaking new rollercoaster called Maxx Force – pictured below. The fastest launch coaster in North America, it will accelerate to 78 mph in less than two seconds and feature the fastest inversion in the world with a Zero-G Roll more than 60 miles-per-hour and the highest double inversion of any rollercoaster in the world at 175ft above the ground. The ride will come complete with trains modelled after Formula 1 racing cars. • Six Flags Discovery Kingdom outside San Francisco, which recently opened a new ride from Skyline Attractions called Harley Quinn Crazy Coaster, is adding a 4D wing coaster for 2019, courtesy of S&S – Sansei. Passengers on Batman: The Ride will experience a sensory overload as they flip head-over-heels at least six times – as pictured below. • New York’s Darien Lake will debut the tallest ride in the state. The 242ft-high Six Flags SkyScreamer, a Funtime Star Flyer, will open when the park rebrands as Six Flags Darien Lake.

• Six Flags America, close to Washington DC, will launch Firebird by Bolliger & Mabillard. The only floorless rollercoaster in Maryland, it was previously a stand up coaster called Apocalypse.

• New Jersey’s Six Flags Great Adventure, Six Flags Over Georgia outside Atlanta and Six Flags Fiesta Texas in San Antonio are each getting a Giant Discovery from Zamperla. Some of the tallest pendulum rides in the world, each will swing up to 17 storeys (172ft) high. They will be named Wonder Woman Lasso of Truth (at Six Flags Great Adventure), The Joker Wild Card (Fiesta Texas) and Pandemonium (Georgia) – as pictured below. • Six Flags Mexico, in Mexico City, will launch the new themed areas DC Super Friends and Bugs Bunny Boomtown. Between them they will host 14 rides and attractions. Six of them will be brand new, including several Zamperla offerings.

• Six Flags Over Texas in Arlington will welcome Lone Star Revolution, a 100ft-tall (30m) Fireball ride from Larson International. A 21m version of the ride, named Chaos, will open at La Ronde in Quebec, Canada.

• Six Flags St Louis in Missouri is in line for a Zamperla Endeavour called Supergirl – as pictured below. • Massachusetts’ Six Flags New England is getting a spinning ride in the dark themed after DC Super Hero Cyborg. The ride system/manufacturer were not known at the time of writing.

• At Six Flags Hurricane Harbor Oaxtepec, the Mexican waterpark acquired in 2016, a King Cobra slide will be added courtesy of Polin Waterparks. 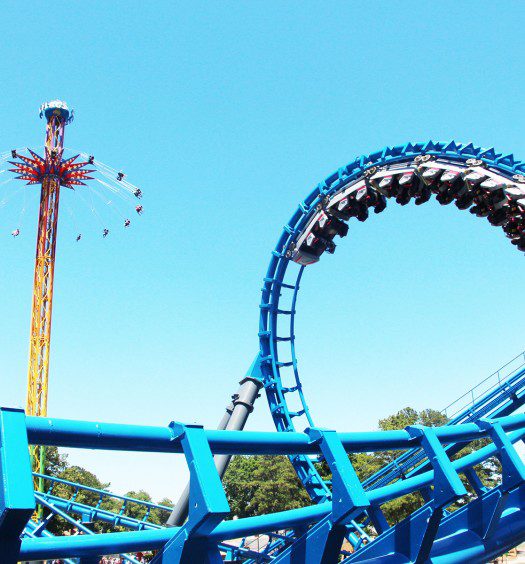