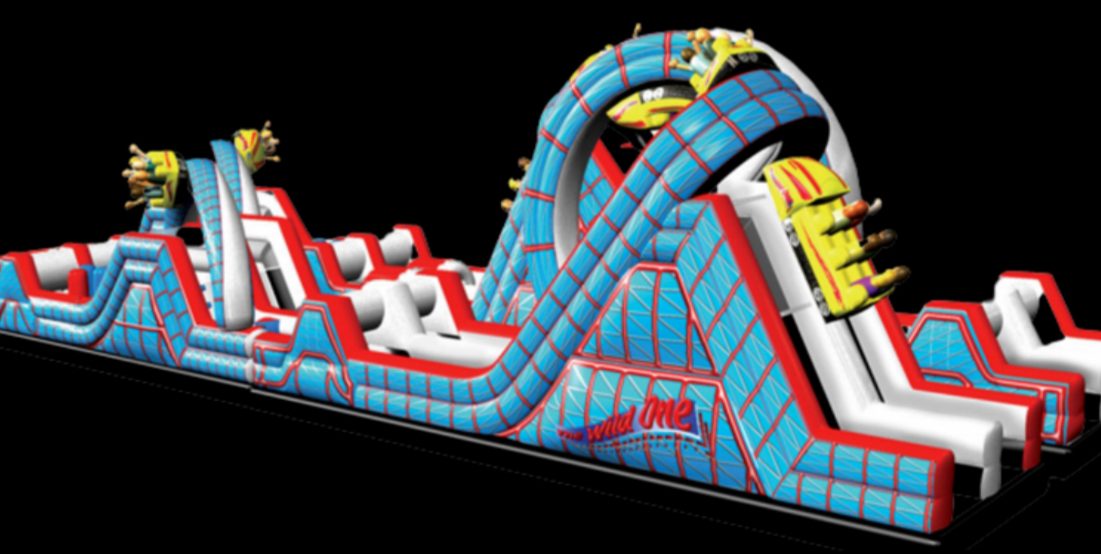 The largest inflatable amusement park in America in construction

By David Whitworth  •  4 weeks ago

The largest inflatable amusement park in America in construction

Bounce Empire announced this month that construction is in progress to create the venue in Colorado and will feature more than 50 inflatable attractions.

The main attraction will be the 7.9-metres (26ft) slide called The Alcatraz and will shoot riders down at speeds of 35mph (56km/h).

Meanwhile, The Ultimate Wild One is a 61-metres (200ft) inflatable obstacle course for all ages. Guests will be able to test their speed and endurance to make it through faster than their opponent.

An onsite restaurant will house a variety of healthy meal options. And an adult lounge will include massage chairs, a sports bar and two cinema rooms.

Construction on Bounce Empire’s flagship location started this month, and is slated to be ready to open to the public in Spring 2023.

Luke Hay-Arthur, Operations Manager at Bounce Empire said: “We are really changing the way the world sees inflatables. Inflatables have always been an attraction for kids under seven, but it’s finally time to show how far the technology has come.

“We live in front of screens all day. The last thing we need to do is play on another screen on our nights out.”