The world famous Tivoli Gardens in Copenhagen, Denmark, celebrates its 175th. anniversary in 2018, having first opened its gates to the public in 1843.

The park was founded by Georg Carstensen who, having been granted permission by the king to open Tivoli Gardens, took inspiration for his creation from parks and gardens he had visited overseas.

Carstensen was always on the lookout for new ideas to maintain the public interest and the year after opening he introduced the Tivolo honorary guard, the Tivoli Youth Guard. From their humble beginnings the guard grew into a popular and beloved cultural icon as well as a comprehensive musical education for children. Today it welcomes both boys and girls into its ranks.

Carstensen was the only director of Tivoli for five years. In 1848 he enlisted for the war against Prussia and Tivoli’s advisory board subsequently fired him for breach of contract. He left Denmark but on his return he founded another pleasure garden, Alhambra in Frederiksberg, in competition with Tivoli. Those gardens opened in the summer of 1857 but Carstensen never witnessed the opening as he died of pneumonia in January of the same year.

From the outset pantomimes were an integral part of Tivoli’s entertainment offering. The current theatre was built in 1874 and is the oldest, original building in the gardens and is preserved by law.

The original entrance to Tivoli was just a wooden gate with a ticket house on each side but in 1890 the current main entrance with its familiar façade structure was added. The buildings were originally more extensive than they are now, with the Apollo Theatre facing east and Restaurant Wivel – later Wivex, which closed in the early 1960s – on the corner of Vesterbrogade and down Bernstorffsgade. In 1912, Tivoli also opened an entrance facing Copenhagen’s central train station, giving commuters easy access to the venue, while in 1914 a new roller coaster opened which still operates today as the Roller Coaster. It is one of the oldest wooden coasters in the world still in operation and just one of seven attractions globally operated by a brake man on each train. 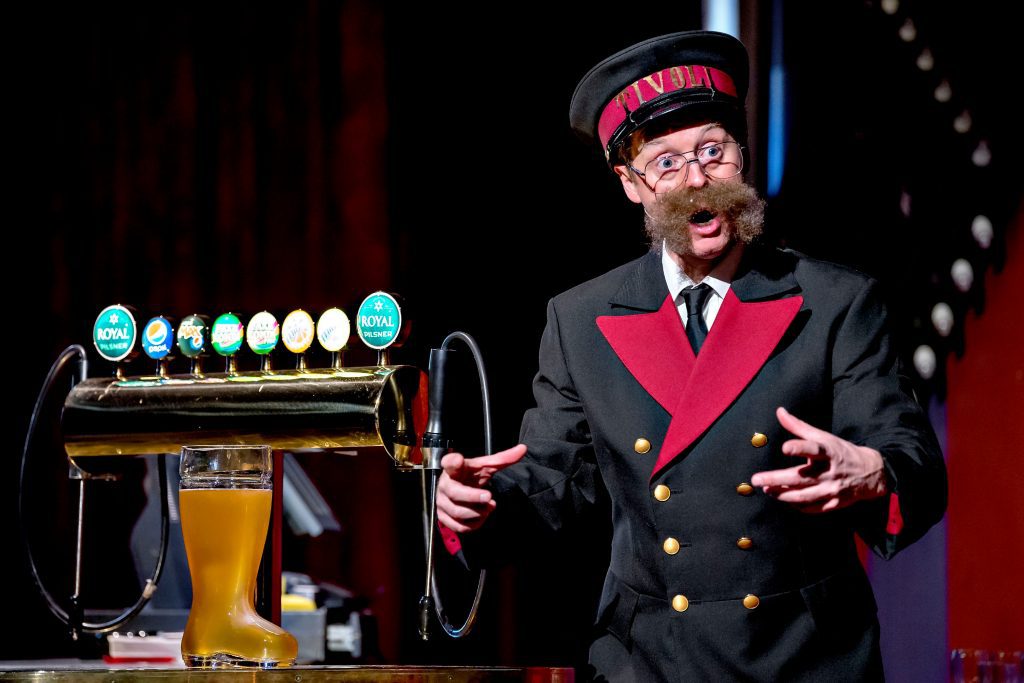 During the German occupation of Denmark in World WarTwo, large parts of Tivoli were burned down after a sabotage attack by Nazi sympathisers. The damage to a number of buildings and facilities was extensive and the park was closed for two weeks before being able to re-open to the public.

One of the buildings destroyed was the Arena Theatre, the site of which became home to a new dance hall, Dansetten, in 1948, which remained a popular venue until 1967. Also destroyed was the original Concert Hall of 1902, with performances being moved temporarily to the Glass Hall Theatre until 1956 when the new concert hall opened. This was the Nordic region’s largest concert hall facility at the time, with almost 2,000 seats. Renovated in 2005, a new rotunda building and a large rehearsal room were added at that time.

Tivoli was built on the grounds of a military base just outside the city ramparts. When the army moved the city’s defence lines, the grounds were incorporated in to the city of Copenhagen. Tivoli leased the property from the city right up until 1992, when Tivoli A/S acquired the site from the municipality. The contract stipulates that the property is solely to be utilised for entertainment purposes in keeping with Tivoli’s traditions, but also taking into account the development of the entertainment industry.

Up until 1994, Tivoli was operated purely as a summer attraction, but in this year Christmas in Tivoli opened for the first time. Initially, it only took place in a small part of the gardens, but since 1997 the whole of the gardens has been utilised during the Christmas season for this special event.

Another event introduced in the 1990s was the Friday Rock music concept. Since its introduction it has been a huge draw for the park and is particularly popular with younger visitors, offering a variety of musical artists.

With the pantomime Love in the Dustbin being staged at the Peacock Theatre in 2001, the foundation was laid for a fine tradition at Tivoli Gardens. For the production, Dinna Bjørn was the choreographer, James Price the composer and Queen Margrethe created the sets and costumes. The three have since collaborated on Thumbelina (2005), The Tinderbox (2007), The Unlucky Swineherd (2009) and The Steadfast Tin Soldier (2013). 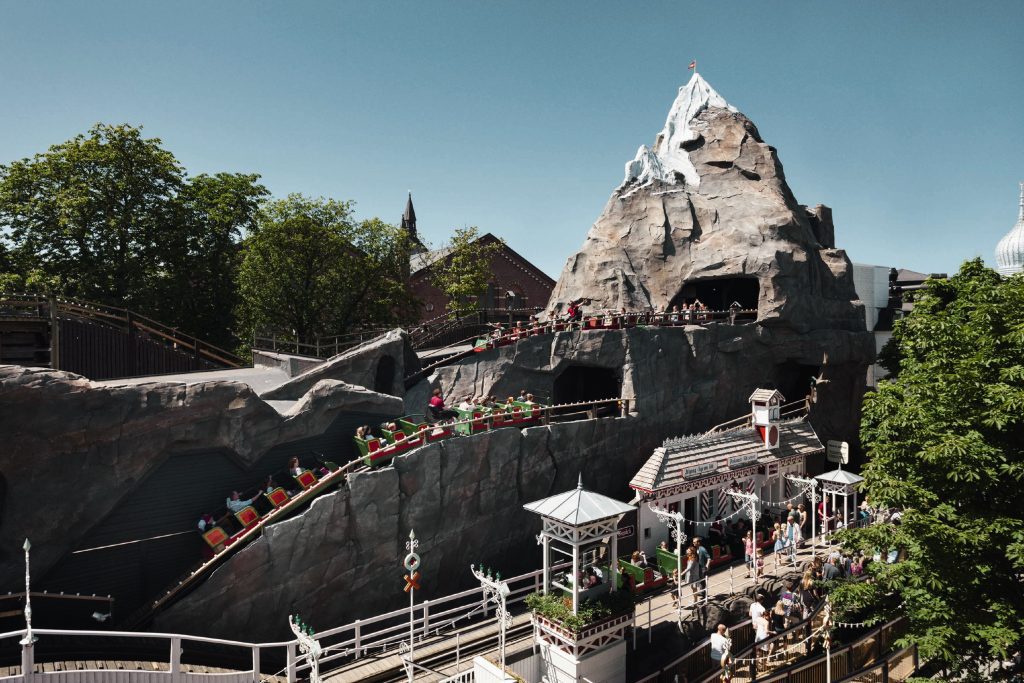 A further ‘season’ was introduced at Tivoli in 2006 when the venue added Halloween in Tivoli to the existing summer and Christmas seasons. Again a unique, visual expression by the park that brings another concept to life, Halloween in Tivoli features the familiar black cats, witches, skeletons and ghosts but is also about the autumn’s abundance of pumpkins, corn, sheafs of grain and plants.

In 2013 Tivoli gained additional space when 600sq.m of office and warehouse facilities were incorporated into the Merry Corner. With combined design and inspiration from Tycho Brahe and the Renaissance the new themed area features the ride Aquila.

Coming further up to date, in 2017 the City of Frederiksberg named a square on Allégade after Georg Carstensen in honour of Tivoli’s upcoming anniversary, while in Tivoli Corner the Nimb Hotel was extended and the Tivoli Food hall was opened in November, offering a new, all-year-round venue and a new, Tivoli-esque façade in Bernstorffsgade. In 2018, a new February season made its debut as the first part of the 175th anniversary celebrations.

Tivoli’s strategy includes the on-going development of its restaurants and food stands, ensuring that a wide selection of food and good quality, innovative dining experiences are always available. 2017 brought a whole raft of new vendors to the site with Tivoli Corner contributing a total of 19 restaurants and food stands. As well as Espresso House, Vapiano and Sticks’n’Sushi, there are 16 stands in the Tivoli Food Hall. The stand-out new restaurant of the summer season was Gemyse, located in the centre of the park and where vegetables are the star ingredients.

Theatre performances in Tivoli are a strategic focus area to ensure good experiences for visitors. The many shows also ensure a base of visitors to Tivoli, particularly to the restaurants and food stands. ‘The Halls’ has long been used as internal shorthand to refer to the Glass Hall Theatre and the Tivoli Concert Hall as stages for theatre, music, ballet, comedy and much more. In its 175th season, for classical music, this means one long, unbroken run of 175 music seasons. As an amusement garden, Tivoli is unique in this respect – it even has its own orchestra, the Tivoli Copenhagen Phil.

With major global names and accomplished Danish performers included in the offering, the Summer Classic establishes the Tivoli Concert Hall as the place to be for classical music during the summer.

“Tivoli is obviously known throughout the world as an amusement garden, but it is an equally heavy hitter in cultural terms – and has been so for 175 years,” says vice-president Nikolaj Koppel. “The fact that it has been possible to listen to musicians and orchestras from all over the world, both in and outside the Concert Hall, for so many years, makes us unique. These days Tivoli offers more music than it has done for a very long time and we remain the only listed company in the world with our own symphony orchestra, the Tivoli Copenhagen Phil. We are proud of this and with good reason.”

Also for this special anniversary year, the park introduced the Tivoli 175th Anniversary Parade, with the theme of “The world comes together in Tivoli.” The procession is more than 100m long and features 30 performers, well-known figures and Tivoli characters. The Jubilee Parade also presents the story of Tivoli and its four ‘pillars’ – gardens, culture, rides and food.

Additionally, this year has seen the introduction of a new garden and a plethora of cultural offerings, while following the opening of Tivoli Corner, the park is now looking ahead to the building of Tivoli Centre, which has been approved by the City of Copenhagen and will house the Tivoli Youth Guard, Tivoli Ballet School and Tivoli administration. Tivoli Centre is expected to open in 2020.

Tivoli also plans to make significant investment in IT and digitalisation. This will help ensure a better visitor experience before, during and after a visit to the Gardens. Tivoli will thus continue developing digital initiatives, which in recent years have consisted of introducing VR (virtual reality) on the Demon, using augmented reality (AR, a technology that combines data from the physical world with virtual data) in Tivoli’s Zombie Game, as well as digital photo and video solutions. The digitisation will also give Tivoli a better knowledge of the guest trip, thus ensuring that the universe of Tivoli is constantly relevant to Tivoli’s visitors.

Of course as well as all this the park offers guests a wide selection of amusement rides, with another being added this year in the shape of the Tik Tak, a Shake R5 from Dutch manufacturer Mondial. The most popular rides at the park include the Roller Coaster, an L.A. Thompson Scenic Railway Company construction of 1914, built by carpenters from Valdemar Lebech; the Odin Express coaster of 1985, from Mack Rides; the Flying Trunk, also from Mack Rides; the Demon coaster added in 2004, from Bolliger and Mabillard; and the bumper cars, originally installed in 1926 and now with vehicles from I.E. Park.

Other rides and attractions include the Fatamorgana, a Huss Condor 2GH; Aquila, a Zamperla Air Race; the Golden tower, a shot ‘n drop ride; the Star Flyer; the Caravan children’s coaster; and the Fun House. 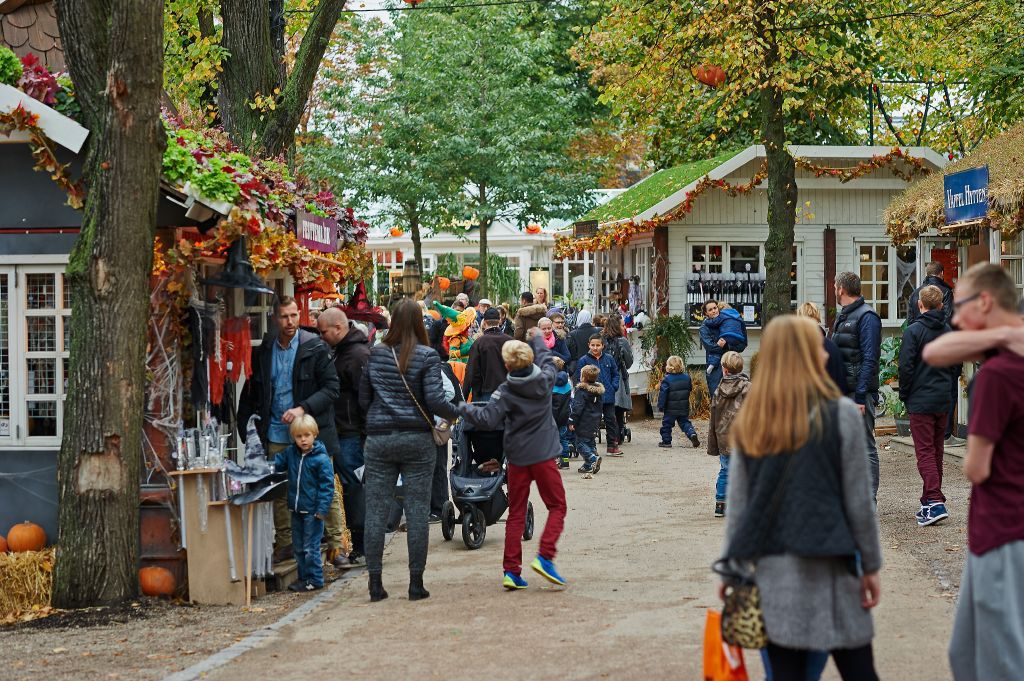 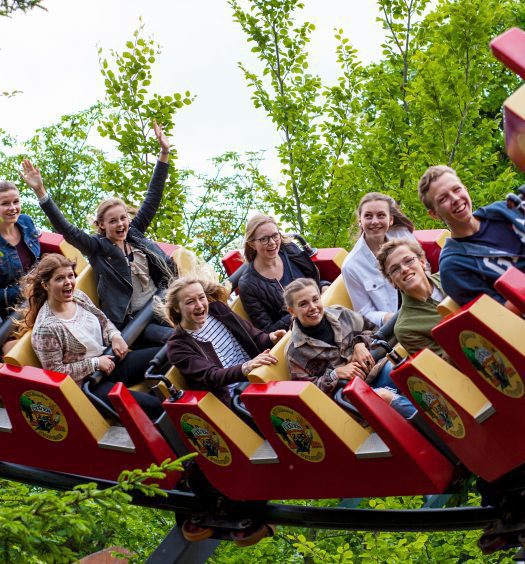 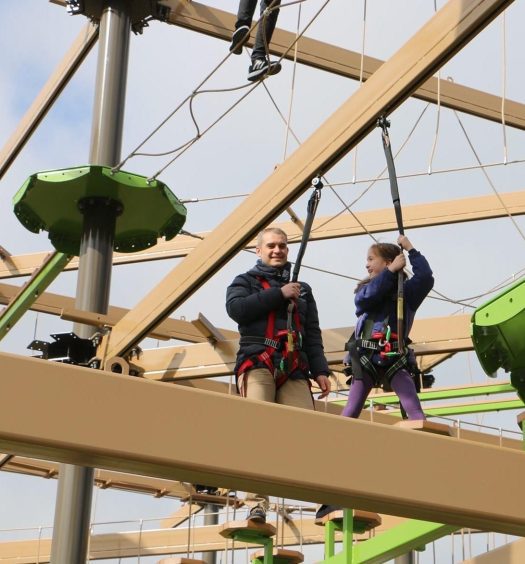