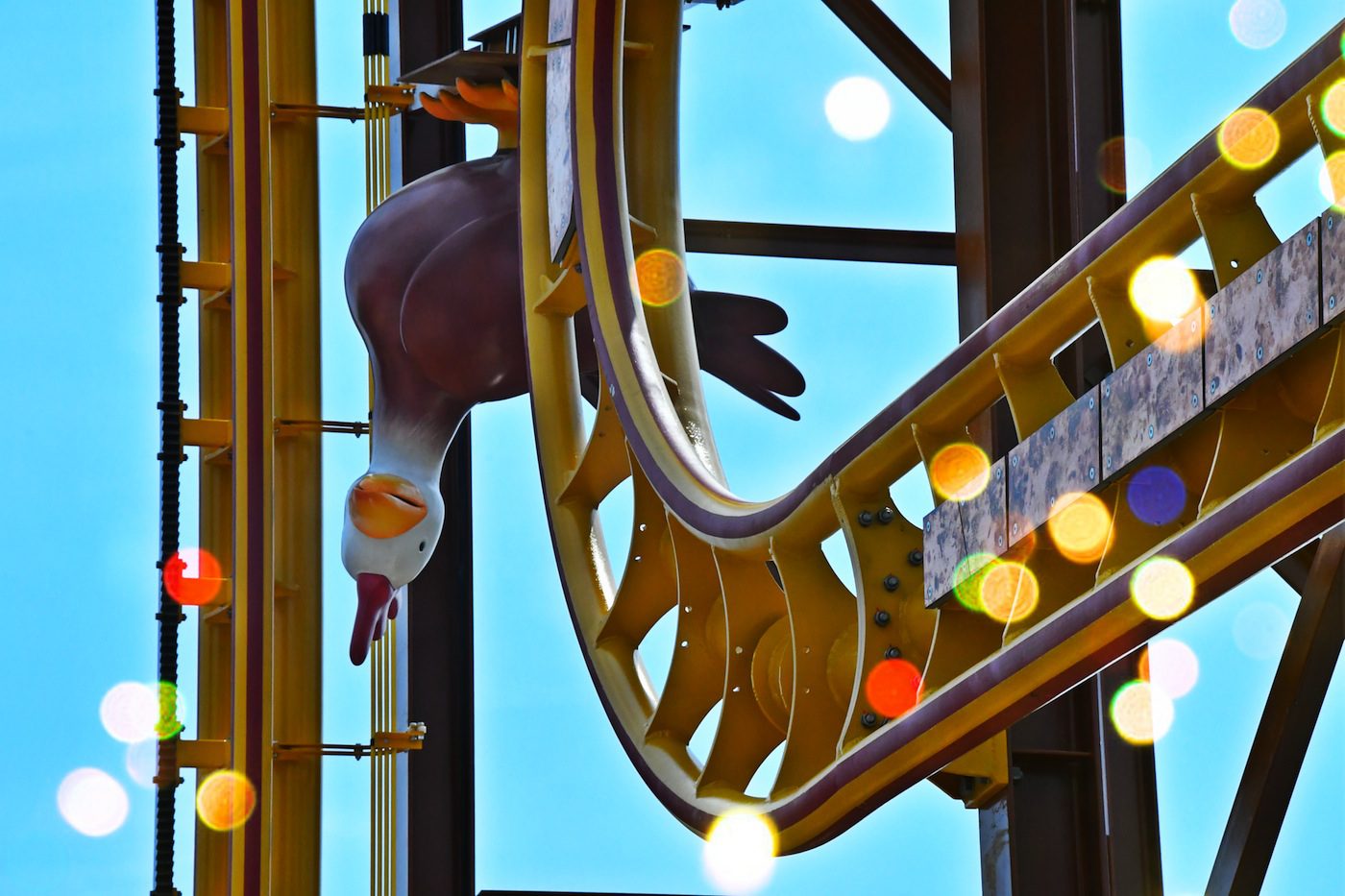 The rollercoaster, which stands around 25 metres tall but has a modest footprint, takes about 90 seconds to ride through. Similar to Intamin’s ZacSpin coaster concept, passengers fall down its topsy-turvy layout in cars that rock back and forth as they go.

Themed as chicken coup, the ride features scenic touches from MK Themed Attractions. The Danish company, formerly known as Tema Design by MK Illumination, was asked to produce seven chickens and one rooster based on technical drawings provided by the park. The fibreglass chickens were placed on the structure of the ride, with one hanging upside down and others standing and watching the riders on the journey. “One of our specialties is our ability to produce decoration for themed attractions using the client’s technical specifications, and we were thrilled when Schwaben Park chose us to turn their vision into reality for this original theme,” says MK Themed Attractions’ Lars Nielsen.

Schwaben Park’s managing director, Thomas Hudelmaier, is apparently thrilled about the new ride and its theme: “We wanted a rollercoaster that would be fun for the whole family and a theme that matched”, he says. “MK Themed Attractions had demonstrated their high standard for themed production at many other parks in Germany, so we felt safe by choosing them as our supplier for this brand new ride, the first of its kind in the world!”

Some of the other themed projects MK Themed Attractions has delivered this year include a pirate-themed parade wagon for Heide Park (Germany), decorations for the new Safaribussen and Jungle Rally at Djurs Sommerland (Denmark) and complex theming for Movie Park Germany’s rapid river re-theme as Excalibur. The Danish firm chose to rebrand in order to reflect its expansion into new markets. The new name certainly has more of a ring to it. 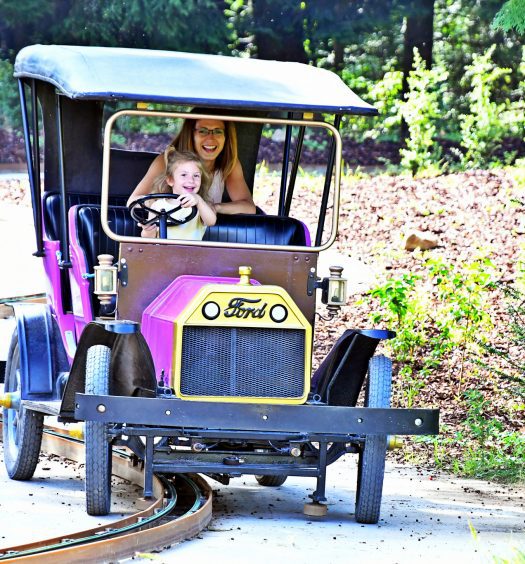