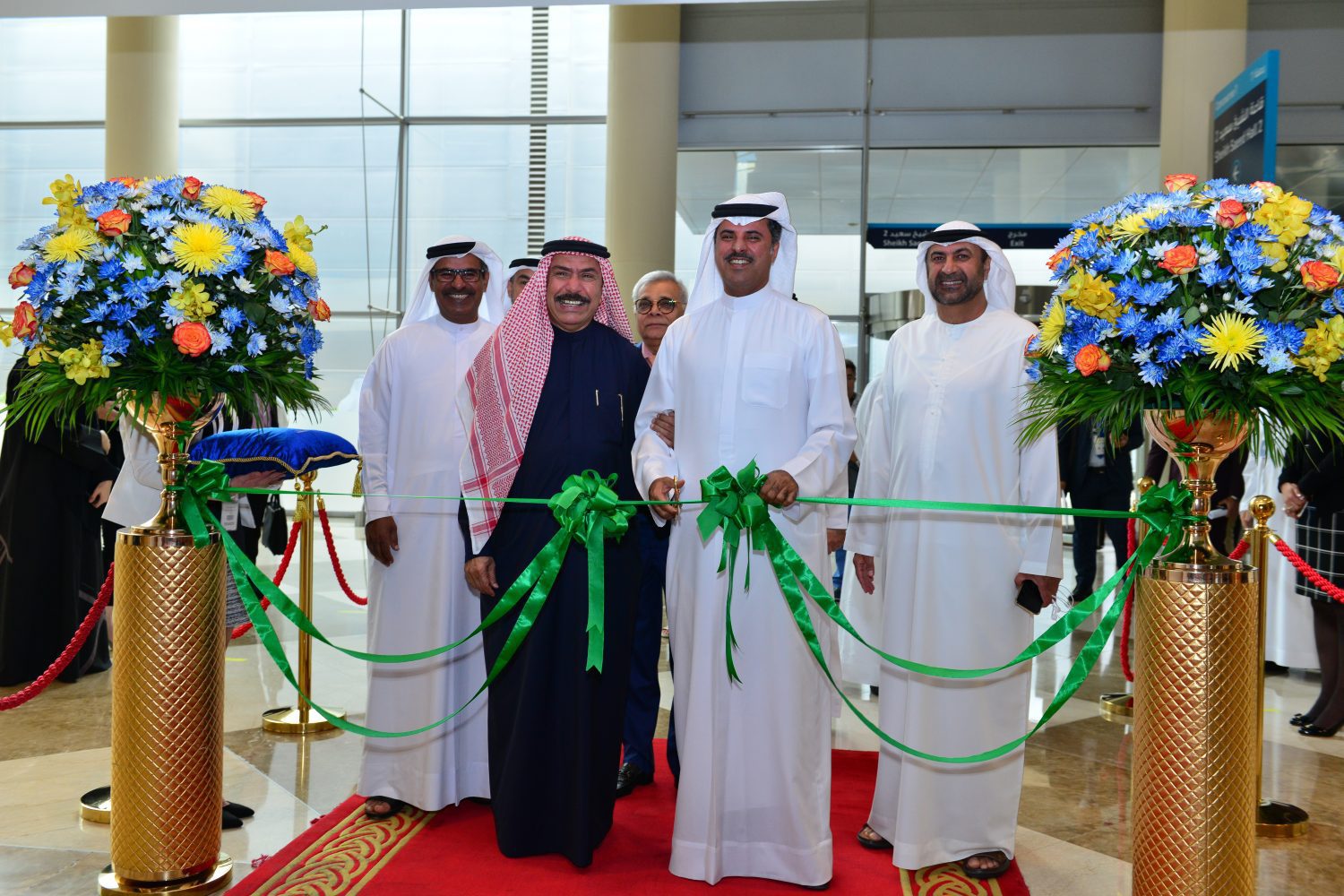 THE 25th. anniversary edition of the DEAL (Dubai Entertainment Amusement and Leisure) trade show, the largest amusement and entertainment show in the Middle East and Africa region, took place from March 25 to 27 at the Dubai World Trade Centre, with the organisers again reporting multi-million dollars’ worth of business having been conducted on the show floor during the three day event.

International Expo-Consults LLC also stated that the Middle East’s and Africa’s entertainment industry, and in particular Dubai, is “embedded with opportunities that arise due to the rising tourism numbers in the region.” The total contribution of the travel and tourism sector to the UAE’s GDP last year was an impressive AED 164.7 billion ($45 billion) which translates to 11.1 per cent of the total GDP in 2018, a figure that is expected to rise by 4.9 per cent annually by 2027. Dubai alone witnessed 15.92m international overnight visitors in 2018.

IEC CEO Sharif Rahman commented: “For the entertainment, leisure and amusement industry DEAL provides a unique opportunity in the market that isn’t available anywhere in the Middle East region. We have exhibitors from all over the world that bring their latest products, games, rides and other services to this market. For the last 25 years we have worked with and promoted the industry in the region and have made sure DEAL is the most anticipated event of its kind here. Our Silver Anniversary edition was a huge success for the exhibitors, where most of them were able to achieve their required targets during the three days.”

Saudi Arabia is another exciting market for the industry earmarked for rapid growth in the coming years and recent reforms have created numerous opportunities for growth in the region. Many mega-projects such as the Red Sea Development and NEOM have been announced, while many others including cinemas and FECs have already opened in various parts of the Kingdom.

This year’s special anniversary DEAL show saw more than 300 exhibitors from close to 40 countries take part and vie for the attention of thousands of visitors who came from over 100 countries. Among the exhibiting companies were 73 that were participating in DEAL for the first time, while this year again saw many of the newest technologies being offered, including drones, robotics, VR and holographic arcade games.

DEAL 2019 also saw the first ever US Pavilion in the history of the show. During the event, Shakir Farsakh, the principal commercial officer in Dubai for the US Foreign Commercial Service, the trade and investment promotion arm of the US government, addressed companies from the US pavilion. These entertainment giants from the US were provided with an overview of the UAE market, while he also elaborated on the support system that his office can provide within the region. 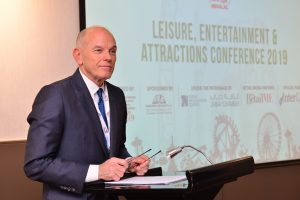 Bill Ernest, CEO, Saudi Entertainment Ventures (SEVEN), was the keynote speaker on the first day of the DEAL conference programme

Regional trade association MENALAC, in association with DEAL 2019, held the Leisure, Entertainment and Attractions Conference 2019 on March 24 and 25. The conference was held at the Novotel, Dubai World Trade Centre.

The first day of the conference, the CEO Conclave, focused on the status of the MENA leisure industry. Several CEOs and industry stakeholders from across the globe participated, the keynote speaker for the day being Bill Ernest, CEO, Saudi Entertainment Ventures (SEVEN), who took attendees through the current state of the market in Saudi Arabia and the various opportunities that have risen due to the recent changes in the Kingdom. The day also included several round table discussions on subjects that have a major impact on the industry.

The second day of the conference focused on one of the most important aspects of the FEC, theme park and amusement industries, safety. The session covered the Emirates International Accreditation Centre updates, EN standard updates and amusement industry compliance among other vital factors that are necessary to create and build a safe environment for consumers.

Comments on the show from exhibitors were very positive, with many noting the importance of the event in providing an excellent opportunity to reach out to operators and others in the MENA region and beyond.

Prakash Vivekanand at Amusement Services International commented: “DEAL has always been a great platform for us for the last 20 years. It allows us to connect with the Middle Eastern region and brings in people from the Asian continent as well and so it gives us a mixed audience at the show. This year we exhibited a design stand where we created fun spaces and offered design solutions for upcoming entrepreneurs. This year’s show has been better than most years. We were able to meet with many customers from the Middle East, Africa and Pakistan, as well as a great number from Saudi Arabia.”

Nabil Kassim of Warehouse of Games commented: “This year at DEAL Warehouse of Games was proud to have the biggest booth. We’ve been attending the DEAL show for over 20 years now and this year we showed a new VR-based product with Hologate. We also had 19 other games which offered a lot of exciting experiences. The DEAL show is key to our success as this is where we display all our new products. We feel market conditions are only improving in the region and we hope to be more successful in the coming years.”

Also participating was Dutch ride manufacturer ETF for whom company president Ruud Koppens noted: “We saw a slowdown of interest for the larger new rides for theme parks but more interest for smaller items like add-ons for existing rides, etc. The Chinese are also pushing very hard to obtain a share of the market. Traffic on the show floor, especially from park visitors, was less than in past years, but also in general the feeling was there was less traffic on the trade show floor.

“The Middle East remains an interesting market, especially with the aim to become more of a destination. But seeing the large investments of the past years in the UAE we feel there is now first a pause, before new larger investments will be done. Other countries in this region still have their projects, such as Oman and Qatar and for sure Saudi Arabia, which was well represented among the guests this year.”

At Italian company Gosetto, Andrea Casagrande commented: “The DEAL show is always a key show for Gosetto, the Middle East market being one of the most important for us. We had good feedback, especially from Saudi Arabian customers and the fact that we had customers also from other continents such as India, Pakistan, USA, Europe and China certifies that this show is becoming bigger and stronger all around the world.”

Waterpark specialist Polin Waterparks is another regular attendee at the show and the company’s Sohret Pakis said of this year’s event: “We had a good show, with more people visiting. We’ve been busy as always. It was wonderful to see so many of our partners, friends and clients. We’ve also had some good meetings. We look forward to attending next year.

“The UAE market has been very important to us. The UAE is the dominant market in the Middle East and North Africa, the world’s fastest growing region for theme park visitor spending, according to a report by the International Association of Amusement Parks and Attractions (IAAPA). Also, according to a report by PWC, the UAE leisure and entertainment market could possibly increase by 70 per cent and welcome a whopping 45 million people by 2021. With billions of dollars of planned investment in attractions and theme park redevelopment, such growth looks set to continue.”

“We are an Italian company that specialises in rides for children, teenagers and the whole family,” said Lino Ferretti, managing director at Preston and Barbieri. “We focus on producing bumper cars, coasters, mono rails for indoor and outdoor use and water rides.

“We have been coming to this show for the last 10 years. We are working with a lot of customers in Dubai as well as in other Middle Eastern countries. We are constantly improving our production line and releasing new products according to the requirements of the market. This year, we presented the new Spinning Coaster, as well as a number of rides for children and families, such as the Deep-Water submarine, that follows a round circuit.” 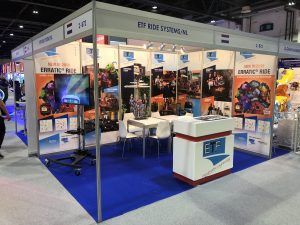 Waterpark supplier ProSlide was another exhibitor to value the opportunities the DEAL show provided and chairman and CEO Rick Hunter stated: “We are very fortunate to have been in the waterpark industry for over 30 years now. Our position in this industry is all about innovation, which is why the DEAL show is very important to our company. Dubai is a great location to meet with people from the Middle East and it is the best avenue to showcase our products and services.

“We have worked with Disney, Wet N’ Wild, Six Flags, Universal Studios, Atlantis, Yas Waterworld and so on, but right now we are making the Middle East a long-term focus. It is really a renewed time for the industry in the Middle East, and activity here is starting to heat up. We are very appreciative of the DEAL show and the organisation behind it. We are going to continue to showcase our products here.”
Next year’s DEAL show will be held from March 23 to 25, again at the Dubai World Trade Centre. 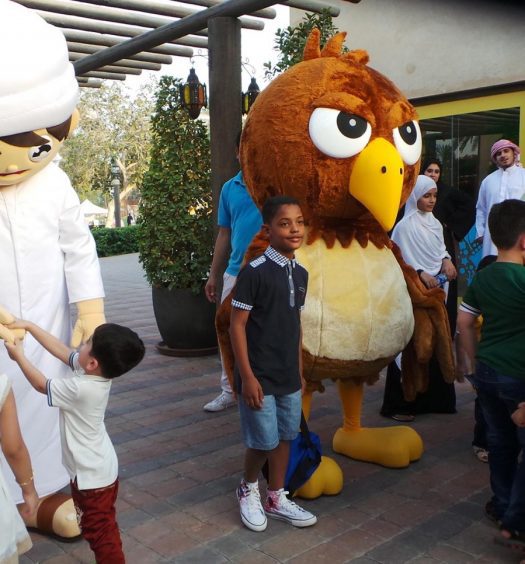 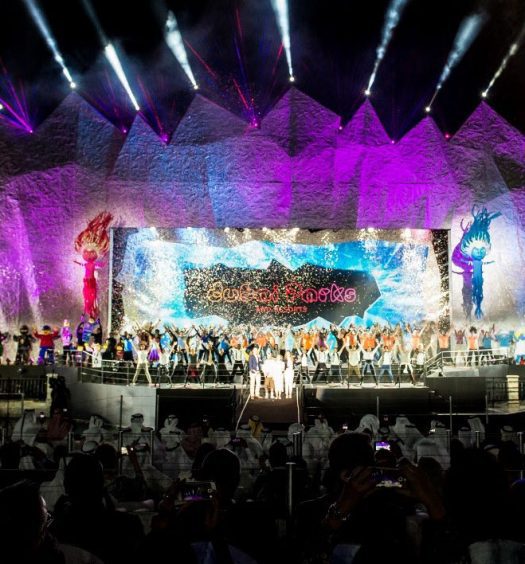