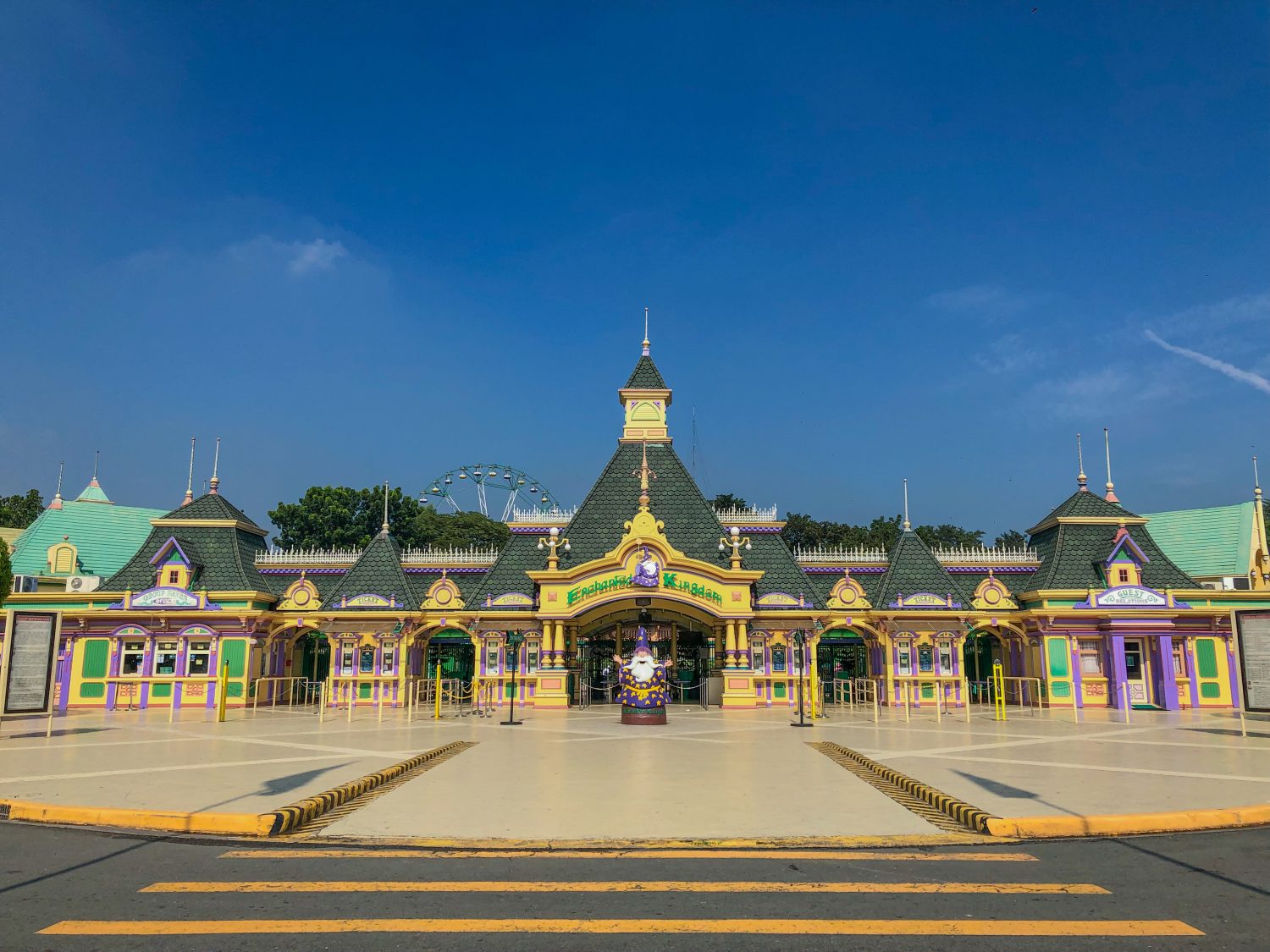 ENCHANTED Kingdom (EK) was formally incorporated in 1992, conceptualised and planned for from 1992 to 94, broke ground in August 1994 and officially opened on October 19, 1995. The park was founded and funded by a group of businessmen/friends led by Cesar Mario O. Mamon and his brother-in-law Rafelito E. Minguez, who initially served as its chairman of the board and president and CEO respectively. From 1999 onwards, Cesar Mario O. Mamon has served in a concurrent capacity as the park’s chairman, president and CEO. 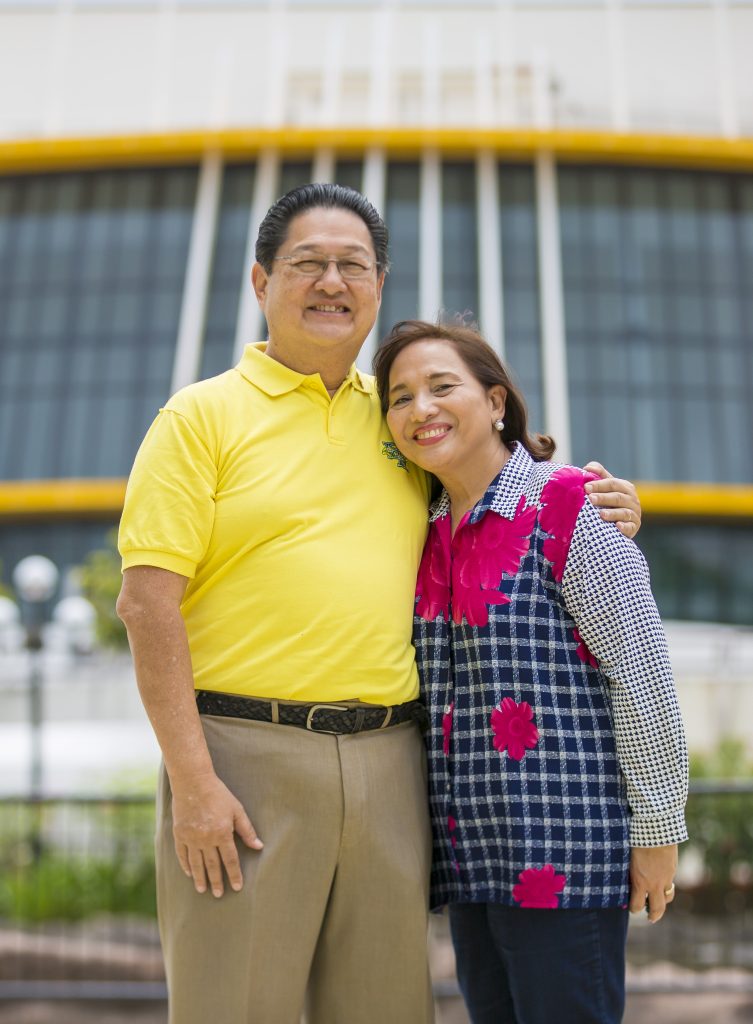 Aside from these rides and attractions, there were also various food and merchandise outlets and carts all around the park, such the Bandstand fast food area and Amazon Grill and Launch Time restaurants situated between the Jungle Outpost and Space Port Zones. Other food outlets included Feltman’s in Midway Boardwalk, Soda Fountain in Brooklyn Place and Parkside Sweets in Victoria Park. Retail and merchandise included Harry Houdini’s Magic Shop, the Jungle Outpost Trading Post, the Space Shop and the Emporium. 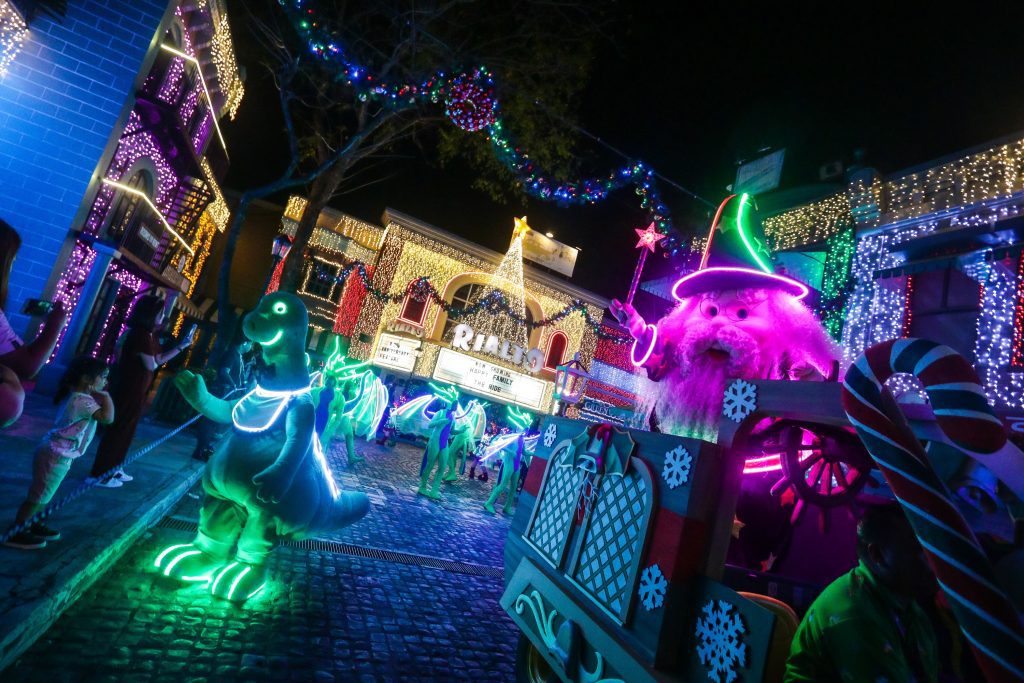 On completion of its further land acquisition, the business will have an aggregate of around 36 hectares to redevelop and expand into, with a plan to transform the stand-alone theme park into a multi-day, integrated attractions destination.

Over the years of course, many more rides and attractions have been added to the Enchanted Kingdom portfolio. These have included an OD Hopkins River Raft Ride called Rio Grande Rapids, a Hi Technology/Fantawild 4D Theatre, a 600sq.m events tent in the Space Port area called Eldar’s Theatre (which replaced the Enterprise ride), a home grown Walk-Thru Horror Attraction called Shake, Rattle and Roll in co-operation with a prominent local movie production outfit/media network, a Larson/ARM Drop Tower called Extreme Tower (which replaced the Condor) and a new zone called the Cultural Area which saw the debut of a 1,600sq.m events tent called Enchanting Events Place, which has since been expanded to 2,000sq.m. 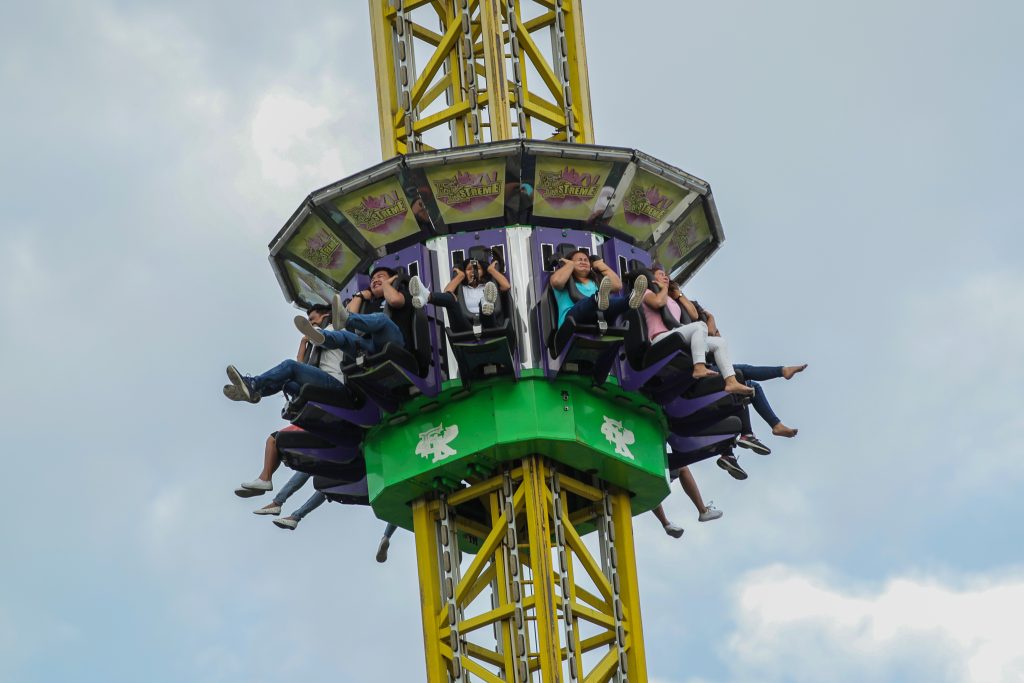 For its 25th. anniversary this year, Enchanted Kingdom had plans for a “very grand” celebration, with a number of new rides, attractions and features, but sadly the COVID-19 pandemic has stalled these new projects. 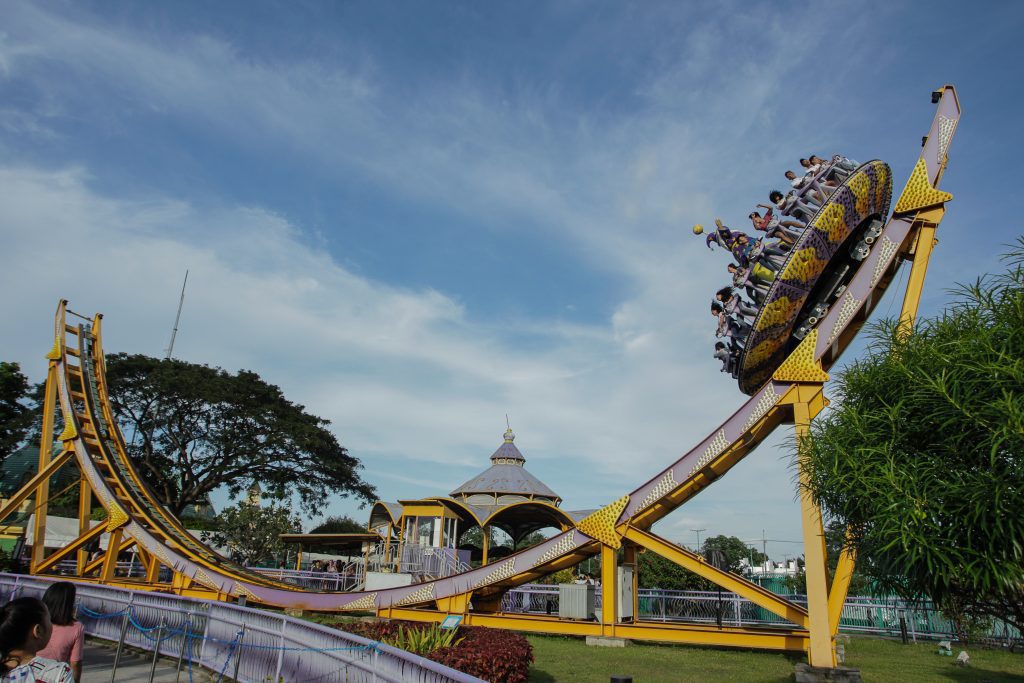 “We were also supposed to have a large summer concert with international talents in May and another one during our anniversary celebrations on October 15. As it stands now, all of the above are in limbo. The ride attractions and expansion are still hopefully on track for this year but had to be pushed back, either towards the last quarter of the year or at the latest, the first quarter of next year. We simply have no choice because the current situation prevents business from resuming and continuing as it should.”

Aside from its rides and attractions, Enchanted Kingdom prides itself on offering a variety of home-grown original shows and performances. Among the larger of these are a nightly pyrotechnic exhibition to the tune of the park’s theme song on weekends and holidays. This has been held since the park first opened, while annual pyrotechnics competitions have also taken place during the park’s anniversaries in October of each year.

Also on offer is the EK Story Musicale featuring Eldar the Wizard and the park’s signature twin princesses, Victoria and Madeline. This provides a song and dance ensemble that takes place during weekends at Eldar’s Theatre and is the story of how Enchanted Kingdom came into being. 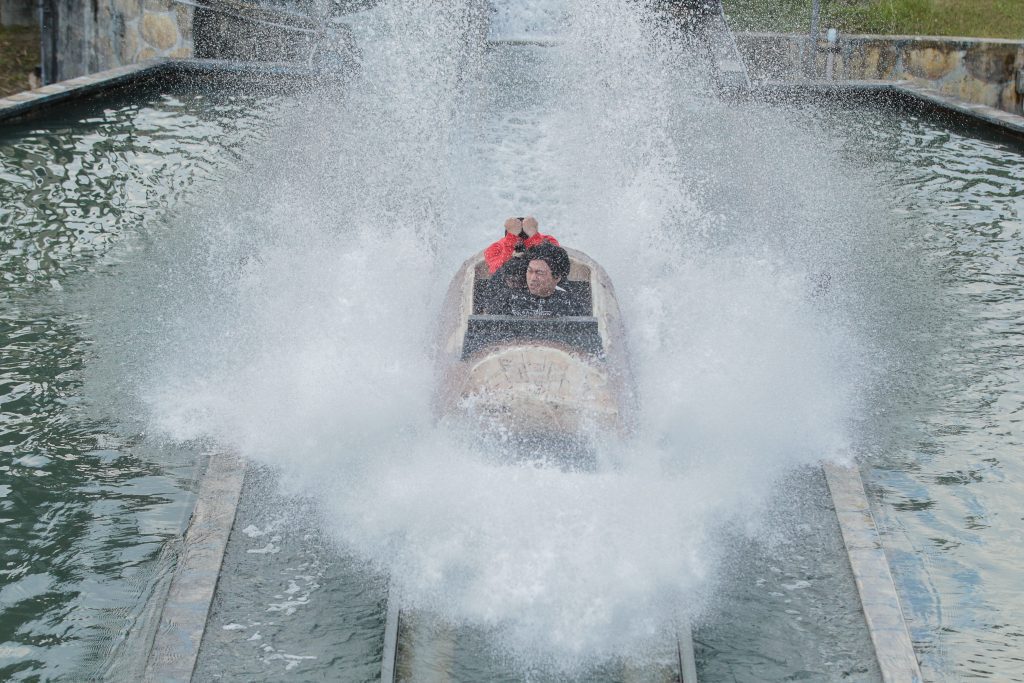 During the park’s anniversary month of October, as well as the pyrotechnics competition, concerts and performances from popular local talents are held, while the EK Story Musicale takes on a holiday flavour for the Christmas season during December. Additionally, aside from these and other shows, several groups of entertainers perform atmospheric zone entertainment during the day, such as dances, magic acts, juggling and more.

The mix of F&B facilities inside the park is extensive and includes carts, kiosks, a food court and sit-down, full- service restaurants that are either company owned or leased out to partner tenants.

The park is open throughout the year, for approximately 250 days in total, with operating days/periods depending on the time of year. For example, during the “lean” months of June to August, it is open only from Fridays to Sundays.

“Based on the market demand during certain times of the year, we can be flexible and open and/or adjust schedules as needed,” says Mamon.

Over the past five years, the park has averaged annual attendances of around 1.5m to 1.8m visitors per year, with 2019 being the best at almost 1.9m. It was hoping to reach 2m this year had the current global situation not occurred. 95 per cent of guests are domestic or from the Philippines, with most of them coming from a catchment area of around 15 million to 20 million people within a radius of 50 kilometres and a traveling time of one to two hours. The park caters mainly to young teens through to the middle-aged market, or the 16 to 49-years-old age bracket.  With the Philippines generally having a young population, it is seeing more and younger families at the park and also those who bring older generations. EK also caters to a large “edutainment” market from primary to secondary and even to tertiary levels.

Open throughout the year for around 250 days in total

Full-time staff of around 650; almost 1,000 employees during peak season 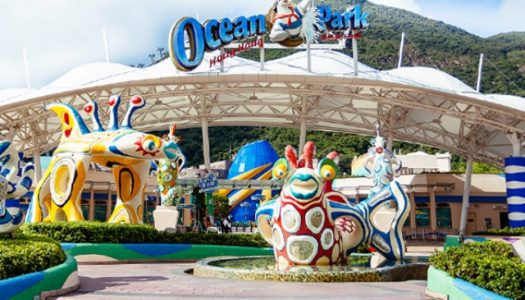