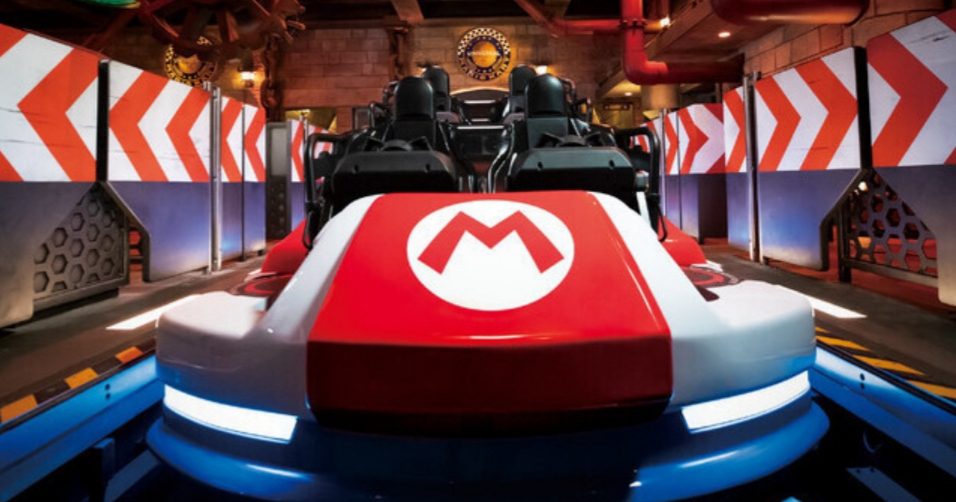 Mario Kart: Bowser’s Challenge is expected to be the first and flagship attraction when Super Nintendo World arrives at Universal Studios Hollywood next year.

The Californian theme park revealed plans to launch the world’s second Super Nintendo World at the beginning of this year. The first themed land inspired by Nintendo opened at Universal Studios Japan in 2021.

The karting attraction promises to be one of the most interactive and technological rides ever created with augmented reality and projection mapping technology immersing guests into the world of Mario, Luigi, Yoshi and co. like never before.

A unique track-ride unlike any other will navigate riders through the fabled world of Mario. The setting for the track battle will be Bowser’s Castle, Mario’s fierce arch enemy.

Riders will race as Team Mario, navigating through various courses such as underwater to collect coins to win the Golden Cup and defeat Team Bowser.

Super Nintendo World will be a themed zone created by Nintendo and Universal Studios uniting together and is scheduled to open in 2023.

Mushroom Kingdom awaits guests to marvel at revolutionary attractions, spectacular scenery made famous from the video game and culinary delights with Nintendo theming.