Jinma has announced it will implement Linear Synchronous Motor (LSM) launch systems to its wide range of roller coasters, following a successful installation at Joypolis Guangzhou.

In order to integrate diverse elements in limited spaces, Jinma has adopted a LSM launch system on a customised coaster at Joypolis Guangzhou, rather than the traditional chain lift or friction wheel launch.

With two LSM launch systems on the track, each is responsible for launching trains at a specific speed, while integrating seamlessly with the audio and lighting systems of the ride. Jinma’s engineers worked to combine multi-elements such as track-changing, spirals, banked turns, and a half-U run into this LSM spinning roller coaster. Penetrating the 10-metre-high upper floor, the speed of the LSM launch system is fast, yet easily controlled and virtually maintenance-free as there is no touch or friction between the trains and the launch system.

The magnetic field generated on the tracks interacts with the magnets under the trains, and the generated driving force powers the trains, allowing passengers to experience tonnes of fun.

Jinma’s Block systems enable two trains to run on the track separately and safely to improve the load capacity of the coaster and maximise the resources of the park.

With full mastery of LSM technology, an innovative R&D team, and strong production capacity, Jinma says, “it is confident of successfully incorporating LSM technology into its wide range of roller coasters,” and is already working on two more large-scale LSM coasters.

One is an immersive roller coaster, powered by LSM, with suspending seats, 570+ metres long and 26-metres high track, combining HD films and special effects, which will create an immersive experience for passengers. The other is much larger, with a track of 770+ metres long and 40-metres high, allowing for 20 riders per train, and including some of the most thrilling LSM launch system elements. Once completed, it will be the largest LSM coaster built so far by Jinma. 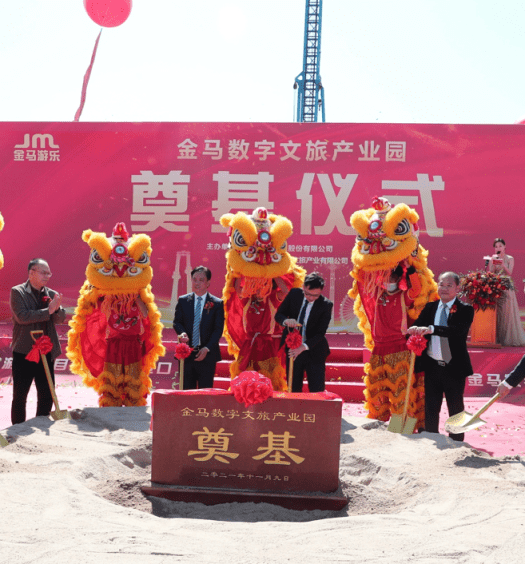