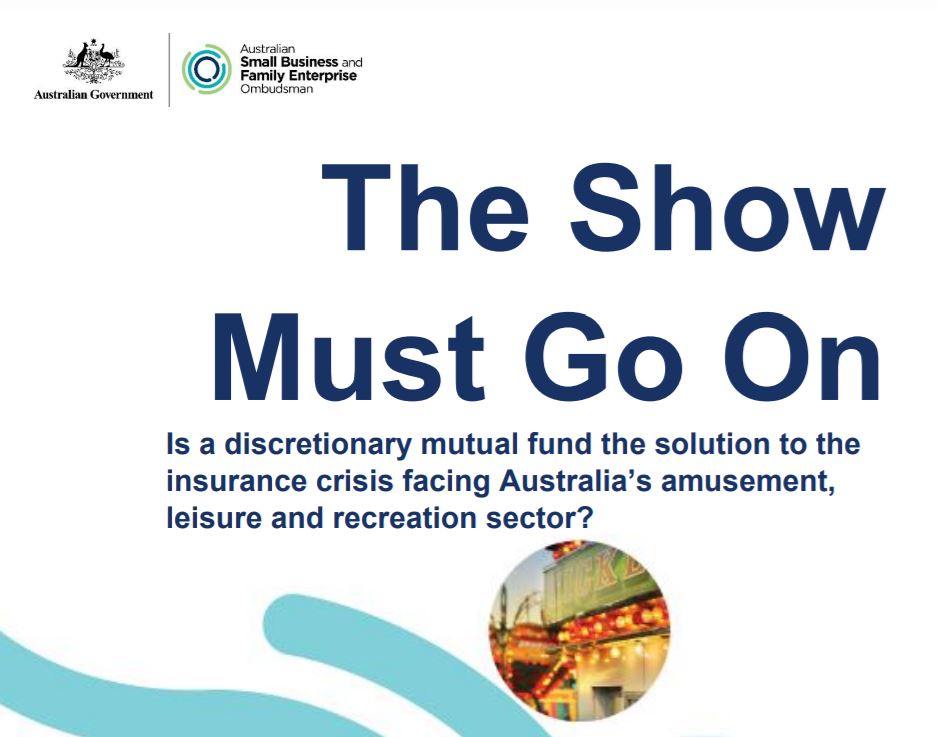 The Australian Small Business and Family Enterprise Ombudsman’s Interim Report (ASBFEO) has been released. Titled ‘The Show Must Go On’, the report explores the insurance crisis facing the amusement, leisure, and recreation sector in Australia.

It looks at whether a Discretionary Mutual Fund (DMF) can be a durable solution to overcoming the crisis. It discusses legislative reform that is required by states and territories to ensure the fund is ‘fit for purpose.’ The report also highlights the need for the fund to be recognised and accepted as a viable solution by both operating managers and councils.

The report found the lack of affordable insurance was not the fault of the amusement industry. Instead, it was due to a “hardening” in the global insurance market. This hardening has meant that very few insurers are willing to insure the industry. Subsequently, premiums, when they are available, had risen by as much as 200 per cent.

Bruce Billson, who conducted the report, said: “There is a clear and present danger facing the amusement and recreation sector because an inability for these businesses to get insurance cover means that many of the attractions people know and love won’t be able to operate.

Warnings of the impact insurance issues could have on the sector, Billson added:

“The lack of insurance coverage could lead to the closure of businesses in the amusement and leisure sector, significant job losses (particularly in regional areas), stranded assets and loss of economic activity generated by metro and regional shows and amusement parks.”