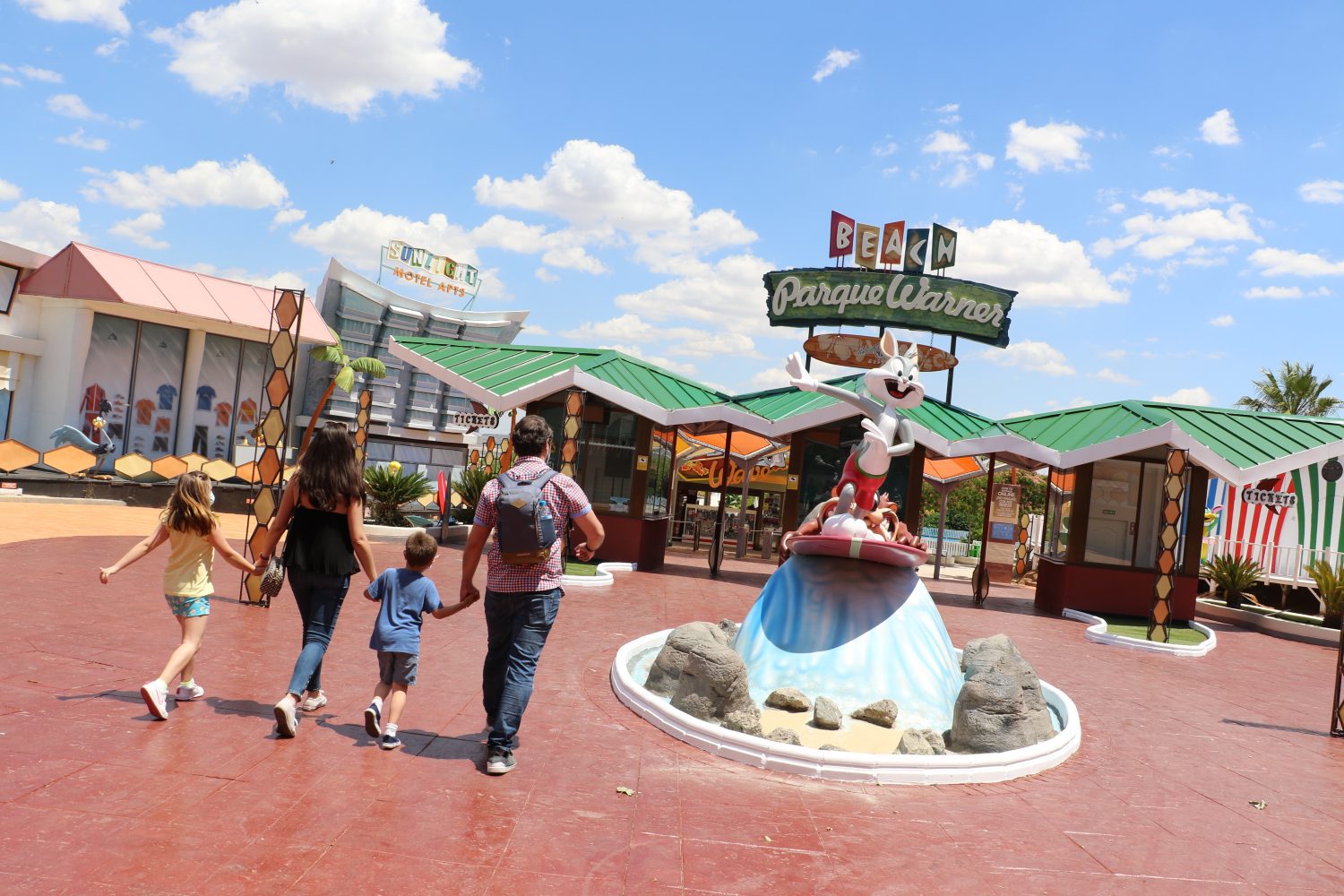 SINCE opening in 2002, Parque Warner Madrid has defined the standard of what makes a great theme park. It is one of the most complete and modern amusement parks in Europe, with all the services to make every guest’s visit a pleasant and easy one. Located in San Martin de la Vega, just 28km from Madrid, Parque Warner covers 700,000sq.m and brings the glitz and glamour of Hollywood to Spain.

Operated by Parques Reunidos, one of the leading global operators of regional leisure parks and one of three truly global leisure park operators, the park is home to 41 rides which can be found across five thematic areas, which are visited by more than two million guests annually. Each themed area has its own rides, restaurants and shops for guests to enjoy.

The first area visitors experience as they enter the park is the Hollywood Boulevard – a faithful recreation of the glitz and glamour found in the capital city of American entertainment. As guests stroll along the Walk of Fame, they will see the park pays tribute to some of the most famous stars of the big screen – from Morgan Freeman to Kevin Costner, Julia Roberts and Ingrid Bergman to name but a few. Especially noteworthy is the Chinese Theatre, an exact replica of Californian Grauman’s Chinese Theatre, standing with a facade similar to a huge Chinese pagoda and giving way to an enveloping and warm interior in which the colour red floods the hall and corridors of the venue. The Hollywood Boulevard also has an abundance of restaurants and shops for guests to choose from, whether that is enjoying American food at Foster’s Hollywood, or picking up a souvenir to remember their trip to the park. 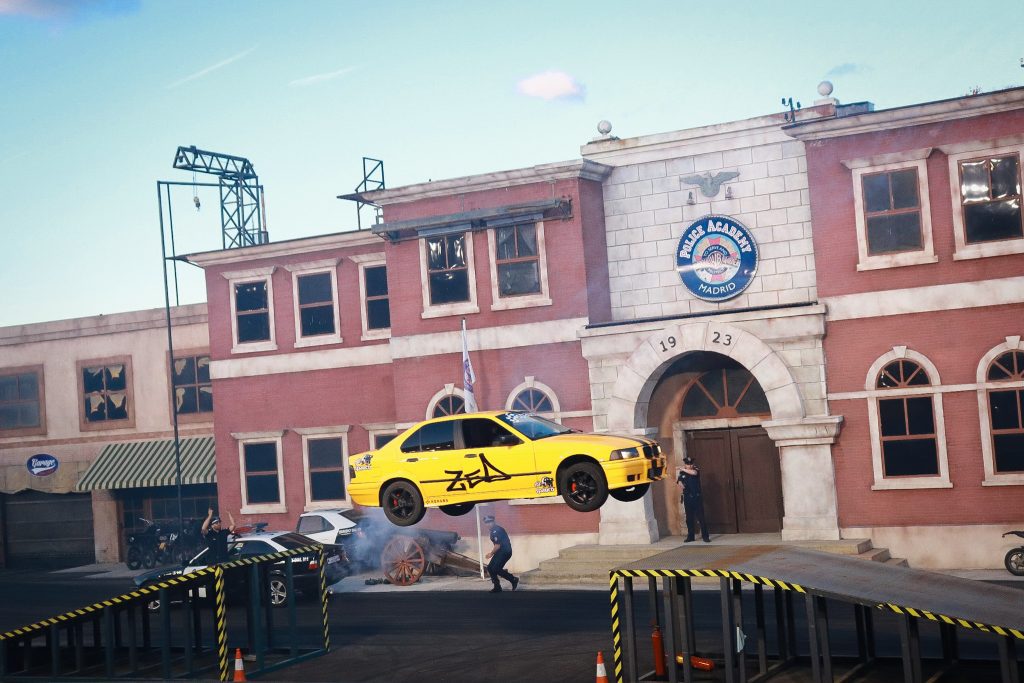 The DC Super Heroes World welcomes guests to the land of heroes and villains. Featuring exciting attractions, skill games and live shows, from the modern Metropolis, home of Superman, to the dismal Gotham City, where Batman keeps the peace, visitors write their own story through the experiences found here.

DC Super Heroes World contains some of Parque Warner’s most impressive attractions. Superman, for example, is a seven loop and several free falls roller coaster that simulates the flight of the genuine hero at more than 100 km/h, while the Batman: Arkham Asylum roller coaster takes your breath away with steep drops, loops and bends during 40 seconds of riding that takes guests to a top speed of 83 km/h, with a first heart-stopping drop of 31m in height, followed by five more loops. Also in the area is La Venganza del Enigma, a 100m high free-fall tower. 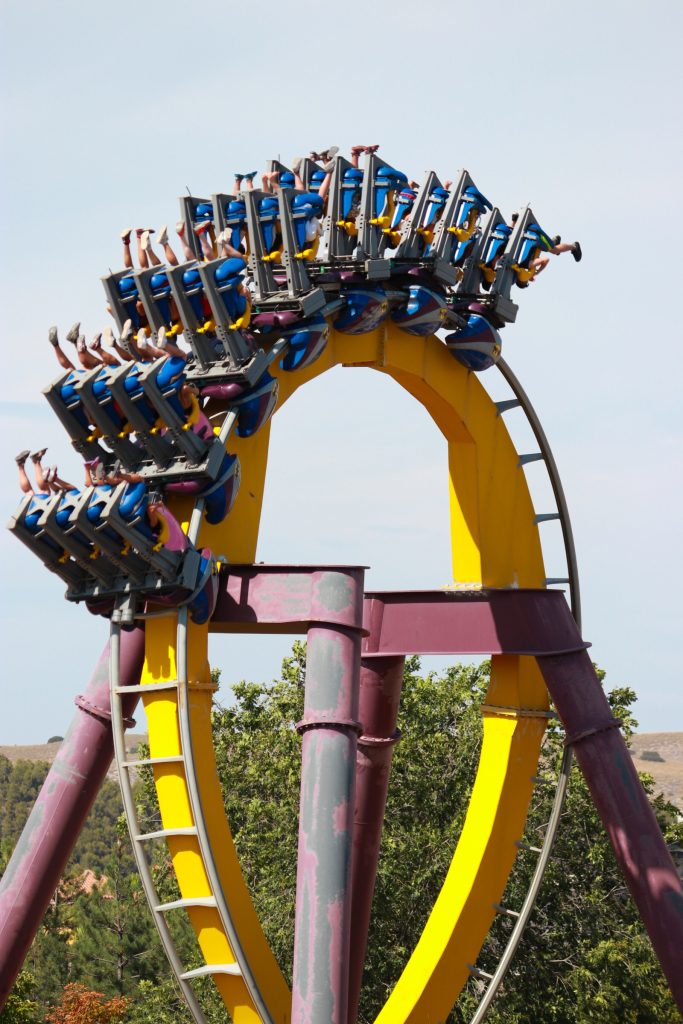 In the big cities of Gotham and Metropolis, people are always on the go, so when it’s time to refuel and stop for something to eat, the fast food options at the Daily Planet and Gotham City Grill allow visitors to grab a bite, quickly recharge and get back to the thrills of Parque Warner. And when it comes to shopping, whether you’re a Caped Crusader type or more of a Joker, DC Super Heroes World has shopping experiences to match a guest’s mood. They can visit the Batman store for merchandise or the Joker’s Candy Shop for some treats that will have even the grumpiest visitor asking “Why so serious?!”

Moving through the park, next stop is the Old West Territory where guests have to keep their wits about them as they journey through this homage to America’s frontier western roots – if they’re lucky, they might just walk right into an old-fashioned duel. Located in the west wing of the park and spreading across 78,000sq.m of fictitious town, including everything from houses, saloons, shops and more, after watching entertainers recreate a showdown worthy of the OK Corral, guests can also demonstrate their aim in different games of skill.

Attractions found in this area of the park include the spectacular wooden roller coaster Coaster-Express, which cuts through large valleys and reaches a top speed of 80 km/h. Then there is the water ride Rio Bravo, set in a gold mine with boats that pass through gorges, Red Indian villages and abandoned landscapes of the Far West. The gold rush also inspires Carros de la Mina with recreations of the small wagons that were used at the mining sites spinning guests around and around. Cataratas Salvajes on the other hand drives guests through a waterfall at high speed and is a ride for the whole family.

Food and drink in the Old West Territory can be found at El Rancho and the Cantina de los Bandidos, while shops include the Rio Bravo where guests can pick up a badge, bandana or cowboy hat to remind themselves of their time in the Wild West. 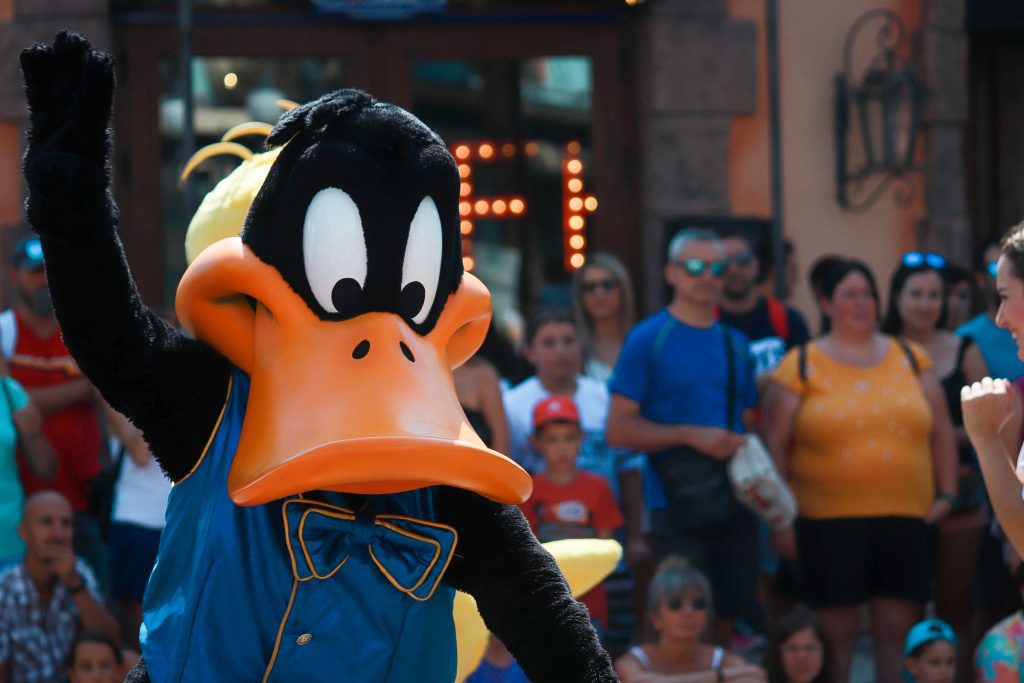 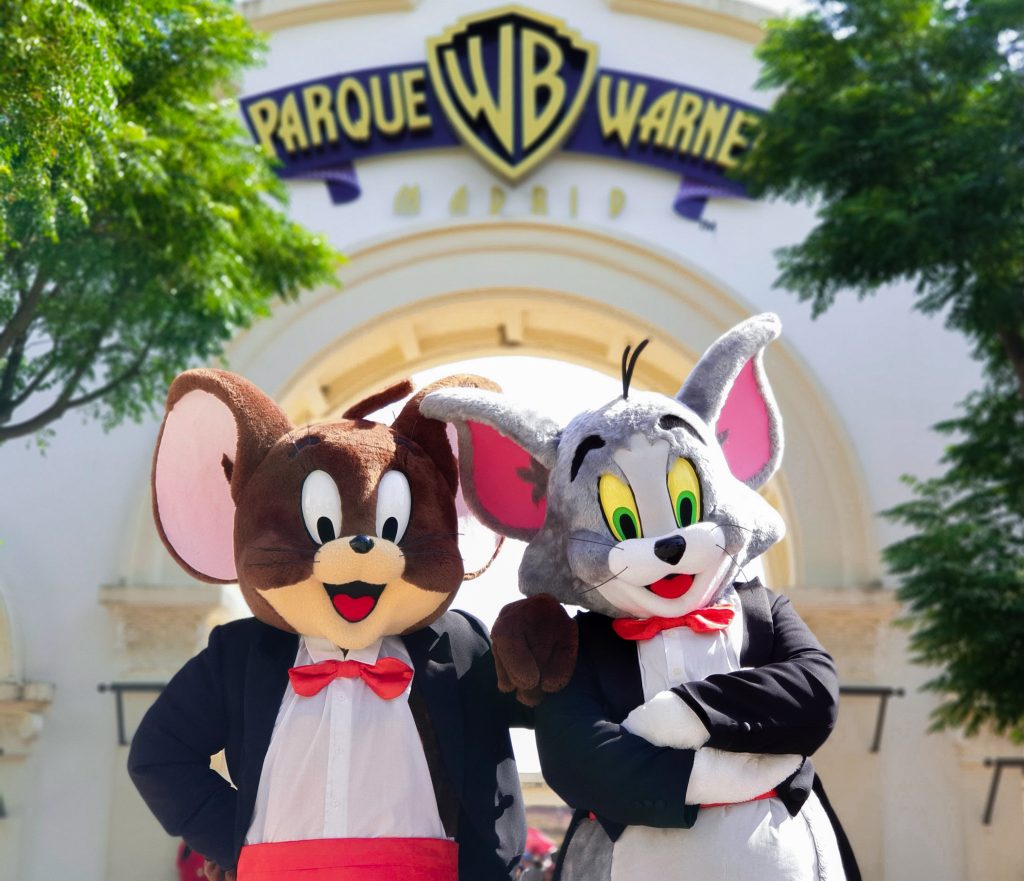 Cartoon Village is designed with Parque Warner’s youngest guests in mind. Set in the world of Warner Bros. and Hanna Barbera comics, young guests might just bump into Bugs Bunny or Tweety Bird out for a stroll – and they will definitely need to guard those picnic baskets from Yogi Bear! Attractions include Tom and Jerry’s Roller Coaster, which takes young riders along a fantastic cat-and-mouse journey before they bounce along to Daffy Duck’s Bumper Cars, the Beep Beep Correcaminos and The ACME Factory. Smaller guests can enjoy magnificent live shows at the Looney Tunes Amphitheatre, then visit the homes of their favourite characters, including Bugs, Daffy and Tweety. Food options cater to children within Cartoon Village while the Cartoon Classics store offers a wide range of merchandise showcasing the stars of Warner Bros. and Hanna-Barbera cartoons.

Movie World Studios is inspired by Hollywood production studios, with streets that recreate sets and scenes of famous movies. The famed production lots of Burbank, California, may be half a world away, but it certainly doesn’t feel that way inside Movie World Studios. Attractions for guests to enjoy include Stunt Fall, a dizzying suspended roller coaster with seven inversions – the most in Europe on such a coaster. Guests can also travel to the land of Oz during musical performances of Wizard of Oz and enjoy live stunt shows such as Police Academy. Food choices include Spanish food at the Casa del Sol restaurant, while the shops offer merchandise from many well-known films, including Police Academy. One of Parque Warner’s most recent additions is the Parque Warner Beach, a waterpark, which received a significant expansion in 2018 with six new attractions themed to DC Comics’ Justice League. This impressive waterpark includes two huge wave pools, one designed with adults in mind and the other for children, plus two children’s splash zones and a lazy river. The recent expansion allows visitors to head straight for Warner Beach if a day at the waterpark is all they want, a new, separate gate permitting admission solely to Parque Warner Beach.

What else will guests find at Warner Beach? Well, they can sink their toes in real sand at the solarium, perfect for sublime sunbathing during those warmer months, or they can opt for the VIP treatment and upgrade their trip to a VIP beach experience, modelled on some of the most chic beach piers of the Californian coast. And if shopping and food are in need, guests can choose from self-service restaurant El gran Kahuna BBQ, the DC Action Commisary, which serves Hawaiian-style food, or El Embarcadero with Scooby Doo, which serves American fast food from an authentic beach cabin. Parque Warner Madrid is one of the most advanced parks in all of Europe, many of its rides are unique and the park is also home to the second highest free fall drop tower in the world. Inspired by films produced by Warner Bros, Hollywood and more it is a park for the entire family to enjoy. It has also earned the Safest Spanish theme park award since 2006.