Plans for waterpark on Circuit of The Americas racetrack announced

Plans for waterpark on Circuit of The Americas racetrack announced

An indoor and outdoor waterpark and an 11-storey hotel are being proposed to be built at the Circuit of The Americas F1 racing track in Southeast Austin.

In August 2018, executives at the Circuit of The Americas announced plans to rezone the 1,155-acre site to enable further development around the Formula One racetrack, soccer stadium and concert venue. The hotel and waterparks would be built to the west of the racetrack across the Circuit of the Americas Boulevard.

In addition to the waterpark and hotel, plans are also in motion to construct a children’s amusement park at the site, which will complement the complex’s existing karting track, KOTA Karting.

Bobby Epstein, Circuit of The Americas chairman, spoke of the site’s long-term goals: “The long-term plan is to create a recreation, entertainment and amusement destination for Central Texas. Along with that comes sport fields, a hotel and waterpark… and amusement related things.” 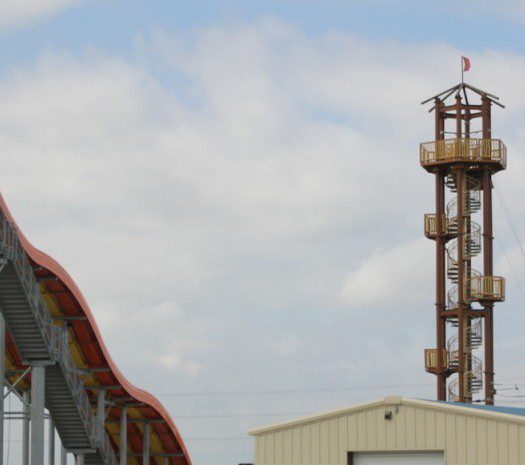 Texas waterpark back on track